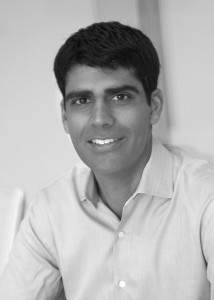 In 2011, Sunil Dhaliwal was named to the Forbes Midas List. In 2012, he left Battery Ventures to start his own venture firm, Amplify Partners.

It hasn’t been a walk in the park, says Dhaliwal, who joined Battery in Boston almost straight out of college at Georgetown University and ultimately stayed 15 years, backing companies like Netezza, acquired by IBM, and CipherTrust, acquired by Secure Computing.

Yet today, after 18 months of on-again, off-again fundraising – Amplify has just closed its new micro fund with $49.1 million — Dhaliwal has a new home base in the Bay Area, where he moved his family in the summer of 2012. He has a strong partner in David Beyer, a cofounder of Chartio who joined as a principal in January. And Dhaliwal has lots of insights about nascent infrastructure startups, a world he has immersed himself in completely at Amplify, backing 11 startups so far, including Continuuity andKeen.io.

To learn more about what Dhaliwal is seeing in his particular niche of the market, StrictlyVC recently sat down with him at one of San Francisco’s many newer hipster hangouts, Sightglass Coffee, in SOMA. Our chat has been edited for length.

Why Amplify, why now?

If you look at Cisco, HP, IBM, Microsoft, Oracle, SAP, Dell – that universe of companies in and of itself is a trillion dollars of market cap. If you trace what that market cap looked like before the bubble of 2000, go back to 1998, it was still a trillion dollars. So these guys have basically failed to grow… and I feel like they’ll be more pressured to reinvent themselves.

Meanwhile, for [Battery’s ninth fund], I think I made five investments over two-and-a-half years, and the largest one was $2.8 million. The others were $1.1 million, $700,000, $300,000 [in that range]. What I learned is that you can get meaningful results from infrastructure startups with small checks.

Why are the startups you want to back –distributed computing and developer-centric and data analytics companies — so much cheaper to launch?

But it does cost money to ramp up.

When you want to go out and grow deal sizes, dramatically ramp up sales and expand your business, that takes more capital. In enterprise infrastructure, you’re still basically acquiring customers one at a time. But they don’t consume $10 million or $15 million or $25 million to get there. We have a lot of companies that have consumed less than $5 million that are thinking about how they go do the big scale-up round.

For us, as early investors, we find we suffer dramatically less dilution as result. And the value of the companies we’re able to develop, when we walk into the B round, C round, or expansion-stage financing, is markedly higher, not because it’s frothy or bubbly — though there’s some of that, too — but these companies are so much further ahead than companies were five or six years ago.

You raise a good point. When you conceived of Amplify in 2012, not a lot of people were focused on infrastructure deals. Now they are. How has that impacted your work?

It’s a big issue. I’ve seen safely 30 percent inflation on early-stage deals in the last year. And we continually ask ourselves, “How big can this get?” And for a lot of things that don’t seem like they can get that big, it’s not a rational conversation to have with the entrepreneur to say, “We think you’re worth less,” when someone else thinks [he or she is] worth more.

It’s not only uncomfortable for us, but I fear for what some entrepreneurs are going to have to deal with when they set really high expectations for their seed or A round and have to go back and deliver, in theory, some sort of appreciation to their early investors. There’s no way around that ending badly.