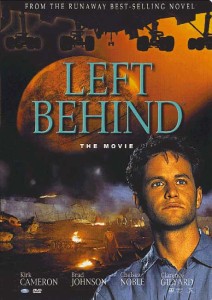 When the news broke that Jonathan Teo and Justin Caldbeck were leaving their respective venture firms to create a new firm called Binary, their peers cheered them on, maybe wondering if they might also spin off on their own someday. After all, Teo and Caldbeck are just the latest in a growing string of investors — Tim Connors, Aileen Lee and Kent Goldman among them — to fly the coop.

For Siqi Chen, though, the development presented worrying questions. Chen is a serial entrepreneur who sold his company Serious Games to Zynga in 2010 and today runs Heyday, a two-year-old startup that puts out a personal journal iPhone app. To date, Heyday has attracted $5.5 million from top funds, among them General Catalyst Partners. The concern for Chen was that Teo — Heyday’s board member — was now leaving General Catalyst. Who would be Heyday’s advocate at the firm?

Chen soon learned he needn’t fret: Teo could remain on his board, General Catalyst told him. But Chen knows that plenty of entrepreneurs lose cherished board members in such transitions and that for them, a venture industry in flux isn’t always good news. We chatted about these orphaned entrepreneurs yesterday afternoon. Our conversation has been edited for length.

How did you meet Jonathan Teo?

I met him through an introduction. [After Serious Games was acquired by Zynga], I worked with Andy Tian, who was GM of Zynga’s China business, for about a year. After I left, Jonathan asked Andy to introduce him to interesting ex-Zynga people and Andy gave him my name. He tried our demo in 2012 and continued to use it and give us really useful feedback, and he finally made us an offer we couldn’t refuse.

So he was one of your earliest champions.

Definitely. A firm like Andreessen Horowitz can double down on traction. Then there are VCs who can smell something at the most nascent stages, before they gain traction. Jonathan has a really intuitive consumer nose. He sourced Twitter and Instagram [while a principal earlier in his career] at Benchmark. He also sourced Snapchat [for General Catalyst] and made a personal investment in the company. If you look at his track record, he’s made very few investments, and they’ve been spot on. He identifies opportunities early and [pursues them] aggressively, which is increasingly rare in institutional VC.

Has he been as active on your board as he was before leaving General Catalyst?

Yes. He’s still affiliated with General Catalyst in the role of venture advisor … and though he’s been gone for a few months now, and he still comes to every board meeting and is just as involved as before.

What happens if they eventually transition him away from the company? It is General Catalyst’s board seat.

We’ve received reassurances on both sides, so for the foreseeable future, he’ll be on our board. But it’s never easy; I can’t imagine any entrepreneur saying [that having a board member replaced] is a good thing. When entrepreneurs pitch VCs, part of [the allure] is the brand. But a large part of your decision is around the partner you’ll be working with. If that person leaves, it’s a big blow. I think any employee who has had a manager be fired or leave knows that feeling, and it’s an even bigger issue if you’re working with investors. You’re losing your biggest fan.

Do you think there can be repercussions beyond personal disappointment?

All things being equal, I think it can be a little harder for a venture firm to follow on [and invest more in a company whose lead investor has left], which can create signaling issues. It all depends on a company’s traction.

What kind of courtesy would you expect a venture firm to give an entrepreneur who will be losing his or her board member? How much notice is fair, and should the entrepreneur have a say in who their new director will be?

I’d expect at least two quarters of notice. [A change like that] could affect your fundraising plans or your timing.

As for other expectations, I’m not sure there are any norms or expectations that a founder can interview the rest of the partners. But I’d want a say in it. I’d want it to be a conversation, at a minimum.

(Update:  Teo was in touch this morning with some thoughts about Chen’s interpretation of his track record:

I would like to give credit where credit is due, and with regards to Twitter and Instagram, though I was instrumental in getting those deals done … Peter [Fenton] and Matt [Cohler] had as much to do with finessing my thinking there as I did in bringing the deals into play.

And with Snapchat, though I did source the deal that was done, the origination of the opportunity was from a wonderful associate (he’s now a principal) Niko Bonatsos at [General Catalyst], who in my opinion is one of the guys with the most hustle in the VC industry I’ve come across. If credit is due, I would not have gotten the chance to have my early conviction were it not for him.)