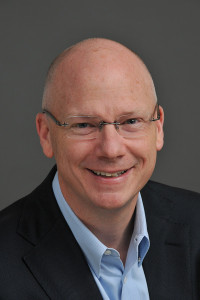 Kelly Porter isn’t terribly conventional. The Palo Alto native is a vivid storyteller. He has had more careers than most, including as a media planner, a CEO, a venture capitalist, and, today, as an investment banker. In fact, as a partner and managing director of the investment bank Woodside Capital Partners, Porter has become known for the firm’s annual, invite-only M&A conference, which is hosted at a Great Gatsby-esque, 30,000-square-foot mansion that Porter purchased in 1999 (and is now keen to sell).

Porter also has some provocative thoughts about what acquiring companies could do better, as I learned Friday morning when we met in a bustling restaurant in San Francisco’s Laurel Heights neighborhood. Here’s part of that conversation, edited for length.

The common perception is that M&A doesn’t work. How many tech-related deals are done each year, and what percentage fail, would you say?

There is an extremely high failure rate. According to [S&P] Capital IQ, when it comes to software and Internet services, there are between 3,000 and 5,000 acquisitions every year. And two-thirds to three-quarters of all acquisitions don’t achieve their [expected potential].

Interestingly, there’s this common wisdom in the innovation ecosystem that certain serial acquirers acquire most of the companies. But there’s a very long tail. Over the last five years, the top 25 acquirers have only made up about four percent of all acquisitions. Google is in the several-hundred-companies range, then it drops off as you [move down the list to] IBM, Oracle, Microsoft, Yahoo, Autodesk, Cisco, Apple. When you get down to the 25th largest acquirer – and these are announced deals – they’ve only done 11 acquisitions over a five-year period.

Is there a correlation between failure rates and the number of companies a buyer acquires?

I think one of the reasons there’s such a high failure rate is that the acquirers are primarily acquiring out of the venture-ecosystem. And in that ecosystem, one or two startups pay for the rest. But if most acquirers are acquiring three or four or five companies over a five-year period, they’re not really assembling a portfolio.

Should they be, given that acquisitions are huge distractions? What of the counterargument that the more companies a buyer acquires, the worse off all of them will be?

Acquirers, since they are acquiring from that ecosystem, are subject to portfolio dynamics. They’re probably picking up the best companies that don’t go public, but they’re still picking up companies that are fragile, that are early-stage. And there are some unique dynamics in acquisitions that make success even more difficult, like differences in culture, poorly articulated goals, strategic visions that are different, entrepreneurs who want to get on to the next thing and so forth. It makes that portfolio piece even more important.

The real problem is the CEOs and CFOs are very focused on Wall Street, because if they acquire five or ten companies and five of them fail, they’ll get skewered. Google can afford to [acquire lots of companies] because of the concentration of ownership that Larry [Page] and Sergey [Brin] enjoy but also because Google is [adding] $1.5 billion to the bottom line every month, and you can bury a lot of mistakes in that kind of growth. Facebook is a similar situation.

Speaking of Facebook, what do you make of Mark Zuckerberg’s recent moves?

I think they’re very interesting. He’s in a unique position in that he has so much control over that company that he can make bold bets as he did with Instagram and WhatsApp. He’s getting skewered for having done them, but it’s like being an entrepreneur at a very large scale. And I think that’s an admirable thing that we don’t see much in this ecosystem.