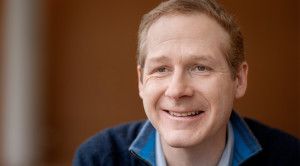 Roger Lee has some specific ideas about what’s going on in the market these days. For example, the longtime general partner at Battery Ventures thinks the “entire enterprise stack is getting rewritten right now” and that there’s “a trillion dollars up for grabs.” One major driver of the trend, he notes, is the “consumerization of IT. Part of the success of Box and Dropbox and Zendesk is their embrace of consumer design. I’d guess that from day one, they had designers on their founding team, whereas if you looked at an enterprise software company ten years ago, a designer was, like, your 55th employee.”

Battery — which is currently investing a $900 million fund and writing checks that range from $500,000 to $60 million – also believes in doubling down when the opportunity calls for it. For example, Battery made big bets on both on Angie’s List, the site for local service providers, and Groupon, the daily deals phenomenon, that paid of “very, very well,” for the firm, says Lee. (Battery invested $50 million in Angie’s List and $60 million in Groupon, both of which are now publicly traded.)

Maybe it’s no wonder then that Lee thinks the recent string of outsize bets by firms like T. Rowe Price and Tiger Global Management – bets that have everyone from reporters to hedge fund manager David Einhorn fretting about a second tech bubble – are “actually pretty rational.” We talked about it last week over coffee in San Francisco’s SoMa neighborhood.

Battery has a long history of investing in growth-stage companies. What do you make of the flood of mutual fund and other late-stage money pouring into the industry? Good? Bad?

I’m not sure if it’s good or bad, but I’m not surprised. The markets are so much bigger now, and the opportunity to create multibillion dollar companies much more present today than historically.

When you’ve seen these huge funding rounds in the past, people have laughed at them. Think of Yuri Milner’s investment in Facebook six or seven years ago at a $10 billion valuation. People thought he was crazy. When we did the Groupon investment, people thought it was crazy. Well, lo and behold, both turned out to be great investments.

Another good example: When T. Rowe Price [first] invested in Twitter [in 2009], that was probably a relatively risky investment for it to make because Twitter was still a relatively immature company. But if you look at where Twitter is today, it’s probably a 25 or 30x return [for T. Rowe] and makes [its New Horizons’s fund manager] Henry Ellenbogen look incredibly smart that he was so early.

It’s important for people to recognize that the opportunities in these markets dwarf what has historically been available to investors. So it makes sense for pubic market investors– be it Tiger Global or someone else – to try and cherry pick which companies in an era 10 years ago would probably already be public and that, once they are [public], [will] have a chance to become multibillion dollar companies because they’re selling into markets measured in the billions.

What do you make of these shorter periods between fundings? Eventbrite, for example, raised two enormous rounds less than a year apart from the same investors.

Investors’ job is to allocate capital, and when they see a chance to allocate capital to a winner – to double down because they think the risk-adjusted return is better than their alternatives — it’s a very rational decision. So that’s what they do. They’re always looking at their portfolio and looking at the alternatives and saying, “We’ve got X amount of money to put to work. Where do we think we can generate the biggest return?” Sometimes they put a dollar in, they watch it for six or nine months, see that a company is doing great, then decide they want even more exposure to it. It’s the same way they operate in the public markets.

You have no concerns about the market?

I really focus on each company at a time. Is any one company overvalued relative to where it should be? That’s a very company specific discussion. In terms of the broader market, I could argue both sides frankly. With certain companies, the opportunities are so large that we’re underinvesting in them.