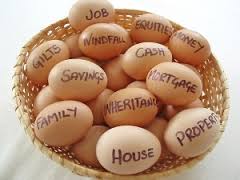 Mark Castelin, a director of investment advisory services at the wealth management firm Harris myCFO, handles a lot of the “unique” needs of ultra high-net-worth venture capitalists. We talked last week about how VCs differ from some of the firm’s other clients. Our conversation has been edited for length.

Your firm does a lot of analysis on different sectors and considers itself a kind of sounding board for clients. I would think VCs are hard to advise, though. Are they?

VCs do tend to have strong opinions where they want to invest in the venture space, though they may say they know nothing about bonds or emerging markets. So sometimes they use us as a resource for specific things. Other times they want validation that a path they’re pursuing is being pursued by others. And they want to know [their peers’ strategies].

Your clients typically have $25 million in investable assets and a net worth of roughly $100 million or more. How much of that money do you counsel them is safe to invest in venture-backed startups?

Maybe it will be 40 percent exposure to private markets, and half of that will be venture capital, so the implication is that they have a $20 million bucket to allocate [to startups]. Then we make sure that the client holds to that number and we work with that person to ensure that they diversify their holdings so that they include everything, including biotech and clean tech, as well as some geographic diversification, because so much is going on outside the U.S. right now.

Do you steer ever, or often, steer them to secondary investments?

They come along fairly infrequently, but in our mind, they’re a very good investment opportunity. These are companies that are fairly far along in the J curve . . . so the multiples might not be as high as with primary [investments] but you have much better odds of success.

The saying in tech circles was once “show no chrome.” But people have grown flashier, seemingly. What are you seeing?

I’d argue that [self-made] people are still more conservative than those who inherit money. Given all the stresses and strains that go into birthing a successful business, not many are wont to go run around spending it willy nilly. I don’t really see that many going on global sprees.

There’s that old saying about “suits to shirtsleeves in three generations.” There are those who make the money, then the second generation that’s close enough to kind of respect it. The third generation is so far removed that they just see it as numbers in a bank account and they’re happy to spend it.

Is the Giving Pledge impacting the way people view that self-made wealth?

People of wealth have always been generous, but [Bill] Gates and [Warren] Buffett turning over entire fortunes to charity [has inspired more people to do the same]. I don’t think we’ve ever seen that practiced in the ultra high net worth arena except in the last three years or so, when it’s begun to gain traction. I think in the past, perhaps without the ability to connect so easily, people might not have thought they could have as much of an impact on other people as they do today.