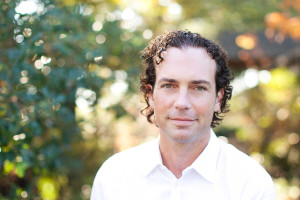 Mike Abbott has only been a general partner at Kleiner Perkins Caufield & Byers for two-and-half years, but he’s a grizzled veteran of the startup industry nonetheless. Abbott previously served as Twitter’s VP of Engineering, for example, and as an SVP at Palm. In 2002, he also founded the data virtualization startup Composite Software, which was acquired by Cisco last year for $180 million in cash. (Composite had raised at least $38 million, including from Apax Partners, Palomar Ventures, and Clearstone Venture Partners.)

Little wonder that Abbott has a pretty strong perspective on many things startup related. The other day, we talked about a few of them, including attractive places to shop right now, why some transition on a startup’s board can be good, and what companies can do about spiraling valuations.

How would you characterize what you’re looking for right now?

Predominantly, I spend time [considering] applications that are driven from large data processing . . . And I probably have a little more of a bias toward either design-centric and engineering-centric companies. That sounds generic, I realize, but that’s what I’ve done operationally. So . . looking at novel things around mining email in the enterprise, or what the implications are for sales forecasting, or mining digital health data for consumers or insurance providers.

That’s interesting. Ephemeral content seems afield from your other interests.

What does that mean for Twitter’s prospects? The Atlantic has already pronounced it a dead duck, as you likely know.

It’s funny, because [reporters] write these articles, then use Twitter to spread the word about them. A number of pieces have said that it’s dying, only to report six months later, “Oh, it’s back!” No one can doubt that Twitter is a meaningful information network that’s changing the world. Is everyone on it? No. And I think the company needs to evolve the product to make it easier for the masses to use. But there isn’t a clear number two, and it’s continuing to grow. I’m very bullish on the company.

Kleiner has gone through a transition and is a much smaller operation going forward. Have you taken on any of your colleagues’ board seats?

I haven’t and for the most part, we’ve hoped to have partners stay on those boards on behalf of KP even if they’re [transitioning out of the firm].

Speaking generally, do you think there’s a particularly good way to transfer board seats?

We always look at companies and ask if we have the right person on that board to help the company. So there may be changes in the future, depending on [partners’] different strengths and the different stages of a company. When I joined Kleiner, for example, I took over a seat at InMobi, the private ad network, where it happened to be that my background specifically at Twitter was helpful and they were excited. I do think it has to be a conversation between the company and the firm to get the right person.

There’s been a lot of talk this week about the impact of high valuations when the market turns less hospitable. How sensitive is Kleiner to price, and is that changing in this increasingly unpredictable environment?

For those of us who saw of this firsthand in 1999 and 2000, you [know that] you have to be cautious when you’re doing this higher-altitude fundraising because the market can change . . . I do think it’s going to be tough for some of these companies that have raised at these upper bounds to weather the storm.

Does the correction we’re seeing make you nervous?

It’s not that much of a surprise, I guess. Also, at the early stage, it hasn’t impacted us too much. The venture world lags the public markets by six months typically. I do think for certain companies, there’s a new question being asked, which is: If the economy changes, will this service or product still be in demand. I won’t name any specific companies, but if you have a service that’s in higher demand along with higher disposable incomes when the economy is doing really well, what happens when it changes? I don’t necessarily know that that question would have been asked nine months ago. You could argue that it should have been.