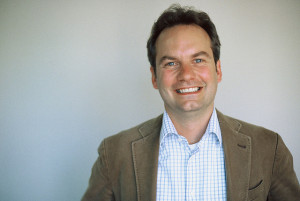 Boris Wertz made headlines last week when he joined Andreessen Horowitz as a board partner, a role the powerhouse venture firm has extended to half a dozen outside investors who sit on select boards on its behalf and share some of their deal flow. (Others of the firm’s board partners include former Microsoft executive Steven Sinofsky, investor Shana Fisher of High Line Venture Partners in New York, and Zillow CEO Spencer Rascoff.)

Wertz isn’t the kind of person you see in TechCrunch every day, but top investors know him well. The German-born Vancouver resident founded Version One Ventures, a $20 million early-stage venture firm, and Wertz is forever traversing North America to find deals. Over the last two years, he has invested in 18 companies, including the crowdfunding platform Indiegogo; Tindie, often described as an Etsy for electronics; and the venture capital data platform Mattermark. To learn where he might shop next (digital healthcare, government 2.0, bitcoin) and more, I sat down with Wertz earlier this week. Our chat has been edited for length.

You’re a former entrepreneur who sold your company to another company that sold to Amazon. How did you then break into venture investing?

[By] doing a little angel investing — in New York, in Vancouver. I did 35 angel deals on my own. I also spent a month with Union Square Ventures [in New York] and another month with First Round Capital in San Francisco and learned from those guys.

Just two startups in your portfolio are from Vancouver, where you live. Why?

In Vancouver, there were a lot of interesting companies [coming out of the area] three or four years ago, including Clio (which makes Web-based tools for law firms), Indochino (which makes custom-made clothes for men), and Hootsuite (the social media management platform), but it isn’t consistent. Sometimes, we’ll see a lot of interesting companies emerge over a year or two, then maybe not much.

How do you explain the inconsistency?

I think you lose a lot of the most ambitious people to the Valley.

Where else are you scouting out deals primarily?

San Francisco, New York, Toronto, and Waterloo feel like the four big markets [to watch] and are where I spend most of my time.

Waterloo seems to be taking off. How would you describe what’s happening there?

[University of Waterloo] has always been a very strong engineering university. When you look at where the top tech companies hire outside of the Valley, Waterloo is always one of the top [destinations]. But now, people are becoming more entrepreneurial, too. In the last Y Combinator batch, for example, I think four or five startups came from Waterloo.

What was the tipping point?

A lot of people says its [Research in Motion, based in Waterloo], but I don’t think anchor companies alone can do that. Think about Amazon, where there’s a very entrepreneurial culture, along with lots of people with money and great technical talent, yet where you haven’t seen so many startups come out of the company.

I think sometimes it’s just a phase, where you get lucky for three or four years. There’s just no ecosystem [that reinforces entrepreneurship] like the Valley.

Do you think Canadian VC will ever rebound? The industry is so much smaller than 10 years ago.

I don’t think of it so much as Canada versus the U.S. as I do the Valley versus second-tier ecosystems. Seattle and Portland share the same challenges as Vancouver and Toronto, which is that for any VC that’s regionally focused, subpar returns [are inevitable]. Every VC needs to be thesis driven.

Have you changed your thesis at all? And when will you be in the market again?

Overall, things are going really well. Any changes would involve optimizing around the edges, so having a little more [to invest] in follow on rounds and [to write bigger] initial checks now that a seed round under $1.5 million is almost unheard of. And there will be a second fund – hopefully! – in 2015.