Good Friday morning, everyone. Hope you enjoy your weekend, and to all the moms out there, we wish you a very happy Mother’s Day!

Boris Wertz made headlines last week when he joined Andreessen Horowitz as a board partner, a role the powerhouse venture firm has extended to half a dozen outside investors who sit on select boards on its behalf and share some of their deal flow. (Others of the firm’s board partners include former Microsoft executive Steven Sinofsky, investor Shana Fisher of High Line Venture Partners in New York, and Zillow CEO Spencer Rascoff.)

Wertz isn’t the kind of person you see in TechCrunch every day, but top investors know him well. The German-born Vancouver resident founded Version One Ventures, a $20 million early-stage venture firm, and Wertz is forever traversing North America to find deals. Over the last two years, he has invested in 18 companies, including the crowdfunding platform Indiegogo; Tindie, often described as an Etsy for electronics; and the venture capital data platform Mattermark. To learn where he might shop next (digital healthcare, government 2.0, bitcoin) and more, I sat down with Wertz earlier this week. Our chat has been edited for length.

You’re a former entrepreneur who sold your company to another company that sold to Amazon. How did you then break into venture investing?

[By] doing a little angel investing — in New York, in Vancouver. I did 35 angel deals on my own. I also spent a month with Union Square Ventures [in New York] and another month with First Round Capital in San Francisco and learned from those guys.

Just two startups in your portfolio are from Vancouver, where you live. Why?

In Vancouver, there were a lot of interesting companies [coming out of the area] three or four years ago, including Clio (which makes Web-based tools for law firms), Indochino (which makes custom-made clothes for men), and Hootsuite (the social media management platform), but it isn’t consistent. Sometimes, we’ll see a lot of interesting companies emerge over a year or two, then maybe not much.

How do you explain the inconsistency?

I think you lose a lot of the most ambitious people to the Valley.

Where else are you scouting out deals primarily?

San Francisco, New York, Toronto, and Waterloo feel like the four big markets [to watch] and are where I spend most of my time.

Waterloo seems to be taking off. How would you describe what’s happening there?

[University of Waterloo] has always been a very strong engineering university. When you look at where the top tech companies hire outside of the Valley, Waterloo is always one of the top [destinations]. But now, people are becoming more entrepreneurial, too. In the last Y Combinator batch, for example, I think four or five startups came from Waterloo.

What was the tipping point?

A lot of people says its [Research in Motion, based in Waterloo], but I don’t think anchor companies alone can do that. Think about Amazon, where there’s a very entrepreneurial culture, along with lots of people with money and great technical talent, yet where you haven’t seen so many startups come out of the company.

I think sometimes it’s just a phase, where you get lucky for three or four years. There’s just no ecosystem [that reinforces entrepreneurship] like the Valley.

Do you think Canadian VC will ever rebound? The industry is so much smaller than 10 years ago.

I don’t think of it so much as Canada versus the U.S. as I do the Valley versus second-tier ecosystems. Seattle and Portland share the same challenges as Vancouver and Toronto, which is that for any VC that’s regionally focused, subpar returns [are inevitable]. Every VC needs to be thesis driven.

Have you changed your thesis at all? And when will you be in the market again?

Overall, things are going really well. Any changes would involve optimizing around the edges, so having a little more [to invest] in follow on rounds and [to write bigger] initial checks now that a seed round under $1.5 million is almost unheard of. And there will be a second fund – hopefully! – in 2015. 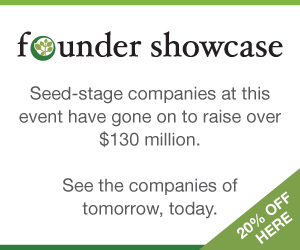 AdYapper, a four-year-old, Chicago Heights, Il.-based whose technology tracks display and mobile ads, partly to determine consumer sentiment, has raised has raised $1 million in new funding from angel investors. An alum of the TechStars‘s accelerator program, AdYapper has raised $2.2 million to date.

Bitpay, a three-year-old, Atlanta, Ga.-based platform that processes payments in Bitcoin for merchants, is raising $30 million at a roughly $160 million valuation in a round led by Index Ventures, with Virgin Group founder Richard Branson and Yahoo co-founder Jerry Yang participating, reports TechCrunch. Founders Fund had led a $2 million seed round in the company last year.

Counsyl, a 5.5-year-old, San Francisco-based technology company whose saliva-based test promises to identify more than 100 serious genetic diseases, has raised $28 million in Series D financing. Rosemont Seneca Technology Partners and Goldman Sachs Asset Managementled the round. The company has raised at least $32.9 million to date, shows Crunchbase. (Notably, it was also cofounded by Balaji Srinivasan, who became the newest general partner of Andreessen Horowitz in December.)

Dubset Media, a 5.5-year-old, New York-based company that operates an open API platform specifically designed for royalty-based streaming of DJ content, has raised an undisclosed amount of Series B funding. The round was led by Rhapsody International, parent company of leading streaming music services Rhapsody and Napster.

ImaginAb, a 6.5-year-old, L.A-based company that clinically manages cancer and autoimmune diseases via molecular imaging by re-engineering antibodies into small proteins, has raised $21 million in Series B funding led by return investor Mérieux Développement, a healthcare investment firm in Lyon, France. Other earlier backers, including Cycad Group, Nextech Invest and Novartis Venture Funds, also participated in the round.

GGV Capital, 13-year-old, expansion-stage venture firm, with offices on Sand Hill Road and in Shanghai, has raised a new, $622 million fund, according to an SEC filing first spied by Fortune. According to the filing, the first sale was closed on April 23 and the fund is now closed. StrictlyVC talked with GGV managing partner Glenn Solomon about the firm’s U.S.-China strategy — and its ties to Alibaba in particular — earlier this year.

Perhaps you’ve heard: Beats Electronics, the streaming music and headphone company, is reportedly about to become part of Apple in a $3.2 billion dollar deal. Much more here.

Lettuce, a two-year-old, Venice, Ca.-based company that had developed an order management system with a mobile sales app to help businesses capture, track, and process orders anywhere in real time, has been acquired by Intuit for $30 million in cash, according to PandoDaily. According to Crunchbase, Lettuce had raised $3.3 million from Crosscut Ventures, Baroda Ventures, Double M Partners, 500 Startups, Zelkova Ventures, Launchpad LA and Telegraph Hill Capital.

Spendship, a year-old, Nashville-based developer of a mobile loyalty program, has been acquired by Moontoast, a six-year-old, Nashville-based analytics platform that helps brands better understand their fans. Terms of the deal weren’t disclosed, but Spendship doesn’t appear to have raised outside capital. Moontoast, meanwhile, has raised $16.3 million from investors, including the Martin Companies, an investment firm in (yes) Nashville.

Former Vice President Al Gore is now “Romney rich,” reports Bloomberg. Half his fortune came from the sale of CurrentTV to Al Jazeera Satellite Network; the other half has largely come by “leveraging his aura as a technology seer,” including as an Apple board member, advising Google before its 2004 IPO, and as a partner at Kleiner Perkins Caufield & Byers.

Billionaire venture capitalist Vinod Khosla will have to appear in court to testify about blocking public access to the popular surf spot Martin’s Beach, alongside land that Khosla purchased in 2008. Khosla’s attorneys had argued that he’s a “non-party” to a lawsuit filed by the Surfrider Foundation over the access closure; a San Mateo judge ruled otherwise yesterday.

San Francisco may be home to a new celebrity soon, or one highly creative real estate agent is at work. According to the local magazine 7×7, pop-country superstar Taylor Swift is circling an enormous Presidio Heights mansion acquired by CNet cofounder Halsey Minor roughly eight years ago. The property, for which he paid $25 million, is falling apart and has long sat on the market; it’s currently priced at $18 million.

Yesterday, Cameron and Tyler Winklevoss disclosed in a regulatory filing that they’ve chosen to list their Bitcoin exchange-traded fund, the Winklevoss Bitcoin Trust, on Nasdaq. “The fact that the S.E.C. has allowed the S-1 to progress this far is an indication that it may actually happen,” Wedbush Securities analyst Gil Luria tells Dealbook.

Atomico, the London-based venture firm founded by Skype co-founderNiklas Zennstrom, is suing former employee Pogos Saiadian and consultant Wouter Gort, alleging they quietly diverted potential Atomico investments to a venture firm that the two were building called Greyhound Capital. Among the investments the duo allegedly kept for themselves, after earlier representing themselves as Atomico investors: Homejoy, a cleaning service; the online retailer Dollar Shave Club; and Taxibeat, an app-based transportation service. Sarah McBride of Reuters has the story.

RRE Ventures is hiring an analyst in New York.

Founder Showcase kicks off next Thursday morning at the Microsoft Campus in Mountain View, Ca. Featured speakers include Mitch Kapor of Kapor Capital, Mike Maples of Floodgate, and Thomas Korte of AngelPad. More info here. (Click on the ad above for a 20 percent discount.)

Silicon Valley startups are trying to eat JPMorgan‘s lunch. The banking giant’s response is to poach talent from Silicon Valley.

Why mothers and daughters fight.

Missed connections for a-holes: “At a bar celebrating my friend’s birthday in midtown. You were wearing Google Glass. I tried to mouth, ‘You look like a moron.’ Did you record that?”