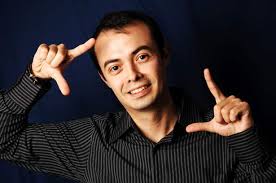 Orkut Buyukkokten, the Turkish engineer who is best known for building Google’s early social network, also named Orkut, has left the company after nearly 12 years to co-found Hello, a still-stealth social network that’s been flying under the radar for the last three months — though likely not for much longer.

Buyukkokten hasn’t yet responded to an interview request sent yesterday afternoon, but Hello’s site describes Hello as a “one-of-a-kind community of users who celebrate friendship, imagination, self-expression, and authentic engagement in a safe environment.” It goes on to encourage users to “[e]ngage in targeted social exploration and content sharing with fascinating connections that relate to the diverse parts of your personality.”

StrictlyVC is still trying to learn more, including who has funded Hello, but its ties to Google run strong. Apart from Buyukkokten, the startup’s domain, Hello.com, was long owned by Google, which had used it for an early, Snapchat-like photo sharing service called Hello that it shuttered in 2008. Google held on to the domain until last month, when it reportedly transferred Hello.com to John Murphy, Hello’s co-founder and chief technology officer. Murphy, like Buyukkokten, also spent roughly a dozen years as a software engineer and manager at Google. (One of the only other employees listed on LinkedIn as working at Hello, Benjamin Douglass, is also a former Google engineer.)

Meanwhile, in January, a San Francisco-based company called Hello quietly raised $10.5 million from 44 investors, according to an SEC filing that shows a target of $18.2 million. The one individual listed on the filing is James Proud, a South London native who arrived in San Francisco several years ago by way of the Thiel Fellowship program, a two-year fellowship for applicants under age 20. As a Thiel Fellow, Proud developed and sold his startup, GigLocator, which aggregated live music listings, for an undisclosed amount in 2012.

Is it just a coincidence that two companies with ties to powerful Silicon Valley nodes would both be operating in stealth mode less than fifty miles away from each other? Perhaps. After all, this is Silicon Valley, where entrepreneurs routinely operate in their own little worlds. And more to the point, StrictlyVC can’t tie them together as of this writing. (We reached out to Proud and Murphy for comment, but to no avail.)

Whether these companies are connected or not, one thing is certain: Buyukkokten’s Hello seems ready to raise its public profile. This past Saturday night, sources tell me that Buyukkokten bused 200 people from San Francisco down to Hello’s Palo Alto headquarters for a launch party. If it was anything like Buyukkokten’s past affairs, we may be reading about it soon on Gawker, too.