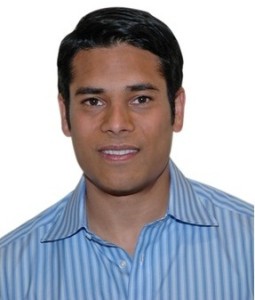 In late October, Nirav Tolia had reason to celebrate. The CEO of Nextdoor, a four-year-old, San Francisco-based social network for neighbors, had just raised $60 million in a financing led by Kleiner Perkins Caufield & Byers and Tiger Global Management — a round that brought the company’s funding to roughly $100 million.

“We didn’t go out looking for money,” Tolia told Dealbook at the time. “To some extent the guys who were interested wouldn’t take no for an answer.”

Yet a misstep two months earlier now threatens to cast a shadow over Tolia and the company. Specifically, Tolia is facing criminal charges over accusations that he caused a collision on Highway 101 in San Mateo County south of San Francisco on August 4th of last year. Self-employed executive recruiter, Patrice Motley, says it was then that, through aggressive maneuvering, Tolia caused her black Honda to spin across two lanes of traffic before hitting a concrete median and coming to rest in the fast lane of oncoming traffic.

Motley has since hired Brent, Fiol & Nolan, a San Francisco personal injury law firm, and filed a civil suit against Tolia. The firm’s complaint alleges that Motley suffered neck and back injuries, fracture of bones in her left hand, and post-traumatic stress disorder, all of which have rendered her incapable of accomplishing routine tasks necessary for independent living and seriously impacted her ability to earn a living. (You can see the lawsuit, filed earlier today, here, along with the CHP report.)

Tolia said in an email, “I just learned about these allegations and will cooperate fully with authorities. This is a personal matter that happened last August and is not related to Nextdoor.”

Meanwhile, I spoke earlier today with Joseph Brent, Motley’s attorney, about Motley’s version of events. He said Tolia, driving behind another car that was driving at a comparatively slower speed, veered into Motley in the adjacent lane in an attempt to get in front of the slower car. Motley “honked at him but he apparently didn’t hear [the honking] and didn’t realize he was [about to crash into Motley] until his wife informed him that he was about to hit a car. But it was too late and Patrice lost control of her car.”

Tolia then “fled the scene,” said Brent. “If it weren’t for concerned citizens who watched what happened, and took down his license number, no one would have known who caused the car accident.”

He added that Motley was “was left in harm’s way in the fast lane with cars rushing toward her at a high rate of speed. She was terrified.”

Asked why Motley is filing a civil suit against Tolia now, roughly nine months after the accident, Brent said that “some of it has to do with confidential settlement communications with Mr. Tolia” and declined to comment further. Asked why San Mateo’s District Attorney is just now filing charges, he said, “I have no idea why the [D.A.] chose to file today, but I know why we filed today. The time was now. There was no reason to delay.”

Asked if Motley has been involved in a lawsuit before, Brent told me he doesn’t know. But he quickly painted a picture of a model citizen who has an undergraduate and master’s degree from Michigan State, has worked as an adjunct professor at both UC Berkeley’s extension program and at SF State, is “very active in her community,” and was even “a candy striper.”

In a police report filed by CHP investigators in the accident’s immediate aftermath, Tolia — who was cited for “making an unsafe lane change” — said he saw only part of what had happened. He told investigators that he saw Motley’s car spin out in front of him but he didn’t see it hit the median. According to that police report, Tolia “added that he did not call law enforcement because he was certain that someone had called. He also stated that he was in ‘shock’ and did not know what to do.’”

As longtime Silicon Valley watchers will know, this new lawsuit isn’t the first to involve Tolia. Earlier in his career, he was caught lying on his resume and forced to resign from Shopping.com, a bubble-era company that went public and was later acquired by eBay. Early employees of the company, which was originally called Epinions, had sued Tolia and Shopping.com backers Benchmark Capital and August Capital, alleging they’d conspired to deprive them of tens of millions of dollars in the sale. EBay later settled the suit, and Benchmark, which has remained an ardent supporter of Tolia over the years, brought Tolia aboard as an entrepreneur-in-residence.

Benchmark was among a long line of top firms to pile into Nextdoor’s first big institutional round, an $18.6 million funding closed in July 2012.

Tolia is to appear May 29 in San Mateo County Superior Court in the criminal matter.