Is it Friday yet? (Kidding!) Hope you have a great Wednesday, everyone.

Alibaba just made a huge investment in an overseas postal agency.

A Federal Trade Communication report released yesterday is providing an unusual window into the system of commercial surveillance. 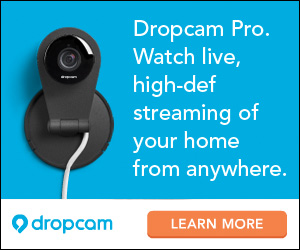 Distil Networks, a three-year-old, Arlington, Va.-based com pay whose cloud-based service protects from scraping and malicious bots, has raised $10 million in Series A funding led by Foundry Group and Bullet Time Ventures. Other participants in the round included ff Venture Capital, IDEA Fund Partners and Militello Capital. The company has raised $14 million to date.

Fundrise, a two-year-old, Washington, D.C.-based company that helps any resident (and not just accredited investors) invest in properties in their local market, has raised more than $31 million in its first round of funding led by Renren, the China-based social networking company. Other investors in the round include Collaborative Fund; L.A. developer Rising Realty Partners; the Ackman-Ziff Real Estate Group; executives of Silverstein Properties; and Richard Boyle, former chief of Loopnet, an online commercial real estate listing service.

Need, a 15-month-old, Dallas, Tex.-based online magazine and retailer for men “who hate to shop,” says TechCrunch, has raised $500,000 in seed funding from individual investors. The company has raised $615,000 altogether, shows Crunchbase.

SunFunder, a two-year-old, San Francisco-based crowdfunding platform for financing solar energy projects in rural villages, has raised a Series A round of undisclosed size led personally by investor Vinod Khosal, though as VentureWire notes, it recently filed paperwork showing it had raised $2.2 million of a $2.7 million round.

Thatgamecompany, an eight-year-old, L.A.-based video game development studio that has created three games for the Playstation Network, including an award-winning game called “Journey,” has raised $7 million in funding led by the China-based private equity firm Capital Today. Other participants in the round, which brings the company’s total funding to $12.5 million, include Benchmark Capital, Kleiner Perkins Caufield & Byers, and half a dozen other investors.

XCOR Aerospace, a 15-year-old, Mojave, Ca.-based maker of rocket-powered vehicles, propulsion systems and more, has raised $14.2 million in Series B funding led by Space Expedition Corporation of the Netherlands. The round also included many existing and new investors including board member Esther Dyson, Chicago Cubs co-owner Pete Ricketts, and numerous Silicon Valley entrepreneurs and early-stage investors.

San Francisco firm Mosaik Partners has held a $15 million close on its inaugural fund, reports VentureSource. Founding partner Miles Kilburn served as an EVP at Concord EFS, a payroll-processing company that merged with First Data in 2004. The firm’s other partner, Howard Mergelkamp, was a founding member of corporate ventures and advisory services at investment firm BlackRock. The firm’s LPs reportedly include investors from the payments and financial industries.

The IPO market is working as it should – for now, at least, argues PandoDaily.

AngioScore, an 11-year-old, Fremont, Ca.-based company that makes scoring balloon catheters to treat cardiovascular and peripheral artery diseases, is being acquired for $230 million in cash and stock by medical device maker Spectranetics Corp. AngioScore had raised at least $30 million from investors, including Telegraph Hill Partners, Psilos Group,QuestMark Partners, Pelion Venture Partners, California Technology Ventures, and Innomed Ventures. In 2011, the company also raised $11 million from Saints Capital in San Francisco (though StrictlyVC doesn’t know if those were primary or secondary shares).

AtheroMed, a 7.5-year-old, Menlo Park, Ca.-based company that develops treatments for peripheral arterial disease, including an FDA-approved atherectomy catheter system, is being acquired for $115 million by Volcano Corp., a publicly traded company best known for its imaging technology. AtheroMed had raised at least $37.7 million from investors, shows Crunchbase, including US Venture Partners, Canaan Partners, The Vertical Group, and Kaiser Permanente Ventures.

Investor Marc Andreessen talks with Fast Company about his love of Twitter (among other things). Says Andreessen: “I’m an introvert when it comes to face-to-face conversations. But something that lets you talk to 83,000 people while you’re wearing your boxer shorts and drinking a glass of Scotch? What could be better?”

Reputation.com founder Michael Fertik goes to astonishing lengths to burnish his online image in this mockumentary, which has some very funny moments. (Mike Judge, take note.)

Paul Hsiao has joined Canvas Venture Fund, the early-stage venture capital firm that spun out of Morgenthaler Ventures last year, as a general partner and founding managing member. Hsiao joins the firm from New Enterprise Associates, where he spent the last decade, focusing mostly on enterprise software and marketplace companies.

ORIX Corporate Capital is looking for someone at the principal level to lead its venture lending practice in Washington, D.C. The 13-year-old company provides senior and subordinated loans to mid-and-late stage venture-backed companies.

All kinds of interesting news is emerging from this week’s Re/code conference, and it’s barely gotten underway. (If you aren’t there, you can stay up to date on Twitter via the hashtag #codecon.)

CB Insights looks at which venture capital firms have the strongest mobile portfolio based on ITunes App Store rankings. Check out its findings here.

Google has finally built its own car from scratch. And it looks like a gondola with wheels.

Team building for the self-employed!

Thirty-seven things to do this summer in the Bay Area. (A great list worth bookmarking. Written for men, but notwithstanding some questionable advice about summer shoes and haircuts, useful for everyone.)