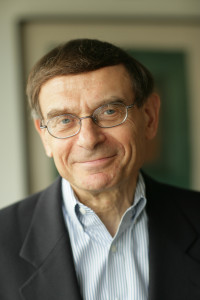 Thanks to the startup industry’s obsession with youth, you might think that running a fledgling venture-backed company is a young person’s game. But it’s often a different story when it comes to healthcare companies, where more experience can mean a smoother path through the lengthy FDA process — and a failure to deeply understand a technology can prove fatal.

Seventy-six-year-old Alan Levy, an organic chemistry PhD and serial CEO, is a case in point. Guy DiPierro, a corporate attorney who acquired a smoking cessation technology from the University of Basel, spent nearly a decade trying to turn it into a commercial enterprise, but his progress was painstakingly slow. By 2012, he’d successfully attracted a $2.25 million grant from the National Institute of Health for his company, Chrono Therapeutics, but he knew it wasn’t enough; he knew he needed someone like Levy.

Smart thinking. Last fall, after he pitched Levy on his anti-smoking cure, Levy, who has shepherded four early-stage companies to significant liquidity events, signed on. And yesterday, Chrono announced a $32 million round led by 5AM Venture and Canaan Partners — both of which have backed Levy in previous companies. I talked with Levy yesterday about signing up for a fifth company, and what made Chrono too good an opportunity to miss. Here’s part of that conversation, edited for length:

How is Chrono’s product different from what’s already available?

With other solutions, you put on a nicotine patch and it delivers a low, constant dose of nicotine. But you can improve efficacy if you can prevent smokers’ cravings, which are highly predictable. Take someone who wakes at 6 o’clock. We begin delivering nicotine to that person at 5 a.m., so that when he wakes, he’s feeling good. Smokers’ cravings typically spike after dinner, too, when they’re metabolizing everything — including nicotine — more quickly.

It’s well-known that you can increase efficacy from around 10 percent to 50 percent [by delivering nicotine in targeted fashion], so the industry has been trying to do it for more than a decade. Our proprietary technology can do it reproducibly, robustly, and in a cost-effective manner.

Tell me about the form factor and the cost.

The product is about the size of a small men’s watch and it can be worn as a watch, as an arm band, or a patch. It’s this circular product, mostly made out of plastic, into which a disposable cartridge snaps. It’s the razor-razorblade model.

It’s a 10-week course of treatment. Existing products on the market cost between $400 and $500 and that’s what our product will cost, too, for the band and 70 daily cartridges.

When will it hit the market?

We’ll need to do what’s required for the FDA which, in this case, is very little compared with what it would be if it were a new drug . . . so we should be able to market the product within three years.

How can you be so certain?

Nicotine delivered through the skin [is a decade-old technology] that’s been shown to be very safe. Even if someone puts on two patches, they may get sick to their stomach, but no one dies from patches. Because of that, there’s a specific pathway to approval that’s low cost and low risk.

You sold your last company in 2012, less than three years after it was founded. Why not kick up your heels and relax?

I did take a weekend off. [Laughs.] On a more serious note, I saw [Chrono’s technology] as something that could have an enormous impact – perhaps more than any other product I’ve developed in my career. The consequences of smoking are just devastating and as an ex-smoker, I know how hard it is to quit.

You’re 76. Did your age ever come up in Chrono’s funding discussions? You don’t see a lot of 76-year-olds raising huge venture rounds in information technology.

It didn’t [come up]. Most of the investors in the healthcare space know me or we know one another. They know my energy level and my level of involvement, as well as my management style and accomplishments. Fortunately, I’m very healthy; in fact, in two weeks, I’m going on a two-week biking trip to Poland.

I don’t think [healthcare executives] necessarily have to be my age. [Laughs.] But experience counts. If Groupon fails, it doesn’t make that much of a difference. I don’t think anyone is gong to die. But [at my last company], if [the product] failed, there was the potential for people to die and that’s been true of many products that I’ve developed.

You’ve heard people in the venture world say, “We can have a product out there and have it fail.” People don’t go into healthcare with that attitude. No one can afford it.