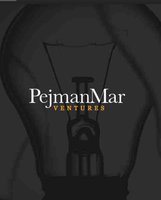 In recent years, the bar has been steadily rising for funding rounds of all sizes, including seed rounds. Indeed, last week, early-stage investor Jeff Clavier told us that “there are way more seed [stage] VCs investing at the same time – when there are proof points – than those who just go with their gut instincts.”

Clavier readily admits that he’s among those looking for early products, not ideas, as was once the case. His firm, SoftTech VC, pores over the business ideas of between 500 and 750 companies each quarter and invests in just four or five of them. Given so many proposals, startups with traction inevitably stand out. “We need a way to filter them somehow,” he explained.

Still, as round sizes and valuations shoot upwards, and VCs like Clavier focus on the numbers that can justify their increasingly large bets, a contrarian opportunity has arisen for investors who are willing to just go with their gut. One daredevil that falls in this category is venture capitalist Manu Kumar, a man renowned in Silicon Valley for helping massage messy concepts into fundable businesses. Others include Pejman Nozad and Mar Hershenson, founders of the eponymous early-stage firm Pejman Mar. As Hershenson, who I met with last week, told me, “We invest super early, when there are two or three people and no product. It’s what true seed meant a long time ago.”

Hershenson and Nozad – a former rug dealer turned highly successful angel investor – are rushing into this void with open arms. With a debut fund of $40 million, the 10-month-old firm has already backed a dozen teams, half of which have gone on to raise additional funding from heavy-hitting venture firms, including from Sequoia Capital, Kleiner Perkins Caufield & Byers, Canaan Partners, and Khosla Ventures. (Guardant Health and DoorDash are among those to raise a follow-on round. Soon to be in the market – EagerPanda, a semantic search startup.)

Nozad’s reputation for risk-taking has become a huge source of dealflow, a fact which Hershenson knows from first-hand experience. Fifteen years ago, her husband, Matt, co-founded Danger, an early smartphone company. When he was trying to get the company off the ground, he knocked on investors’ doors for nine solid months. “One day,” she recalls, “Matt came home and said, ‘Well, Pejman Nozad is giving us money.’ I said, ‘Who is Pejman?’ Matt said, ‘He sells rugs.’ It was like, ‘What?!’” Microsoft subsequently acquired Danger in 2008 for $500 million

Hershenson – herself a three-time entrepreneur who remained friends with Nozad over the years – also drums up deal flow by spending her days at Stanford, where she received her PhD in electrical engineering.

“I’m there all the time – when there are final project classes, if they need anyone to judge [a competition] or [give a] talk. We’re close with the students and with the organizations at the school.” There are “a lot of amazing people at Stanford,” she adds. “There’s plenty for everybody – let’s put it that way.”

In fact, the firm is hosting six “companies” from Stanford this summer at its 5,000-square-foot office in downtown Palo Alto, Ca.

“We don’t run it like an incubator: some of them are graduating but some will go back to school,” she explains. Still, Pejman Mar is giving each between $15,000 and $25,000 in convertible, uncapped notes.

“We won’t count them as portfolio companies,” she tells me. They’re too nascent. Later on, though, who knows? “Maybe some of them will work out,” she says with a smile.