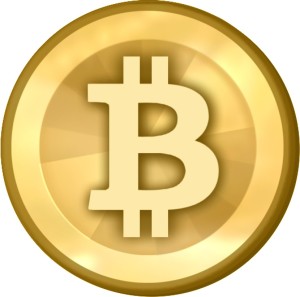 Jesse Powell was once a hard-core gamer who spent his teen years playing the trading card game “Magic: The Gathering” in tournaments around the country. The 33-year-old has become something of a currency specialist since. Back in March 2011, while the rest of the tech world was obsessing over Facebook’s valuation, Powell was shutting down his gaming forum and e-commerce business to focus on Bitcoin, eventually founding the venture-backed cryptocurrency exchange Kraken.

Kraken trades a variety of “coins,” including Litecoin, Dogecoin, Namecoin, Ven and Ripple. But the company, which makes its money off exchange fees, receives the bulk of its revenue by trading 1,000 to 2,000 Bitcoin per day (valued at between $600,000 and $1.2 million, based on its current price of $601).

That ratio could change, Powell told me yesterday in an interview that’s been edited for length.

When you were building Kraken, did you anticipate that Bitcoin would become so much more dominant than other virtual currencies?

I didn’t know if Bitcoin would be the currency to end all currencies. I thought it might be version 1.0 and that somebody might come out with something much better. It was hard to know if it’d be the Facebook of currencies or the MySpace, so we wanted to be currency agnostic and be able to capture the market, whichever way it developed.

Do you have your answer now?

I’m not nearly as bullish on Bitcoin as I was a year ago. There are a lot of good-looking new currencies coming out. Bitcoin has a huge network effect right now and a brand name, but technically it has some problems. The mining lately has been a big problem; consolidation is a big risk for the whole system.

You’re talking that mining pool that has, numerous times, provided more than half the computational power needed to mine new coins. Can you explain what a mining pool is to readers and why that’s such bad news?

With mining, you’re basically crunching numbers, solving puzzles with your computing power and coding; it’s the way you prove that you’re securing the network, that you’re auditing the transaction. It’s kind of like, because so much auditing [goes into each transaction] it would be impossible for someone to scam the system. But if someone controls more than 50 percent of all Bitcoin mining taking place, that person or group could have a majority vote and basically dictate what happens. So someone could spend Bitcoin, and you could say, “No, my 51 percent vote says you didn’t” in order to sell the same Bitcoin twice.

Why do people use mining pools in the first place?

It’s like a lottery pool. People compete to mine the coins, with a winner rewarded with 25 of them every 10 minutes. So people tend to pool their mining efforts to increase their likelihood of getting some portion [of those Bitcoin], and they often want to be part of the biggest pool to increase their odds, even though [what they’d win] would be less valuable [divided up among more people]. But a pool that can tip past 50 percent is a big problem.

Wouldn’t miners be hurting themselves if they tried scamming the network?

Financially, it’s not in their best interest, because people would stop using it. But, say, China directed all the fabs in the country to stop producing chips for Apple and start producing Bitcoin mining chips. A country does have the ability to destroy bitcoin.

And no one could do anything about it?

There are things that could be done, changes to the way that mining is done that could make China’s miners obsolete overnight. But other coins that are emerging don’t have this vulnerability, like Ripple [which is] why I could see another currency like Ripple or [the next-generation cryptocurrency] Ethereum emerging as the winning currency – or maybe we’ll just have 100 different currencies.

Do you have a financial stake in Ripple?

Yes, I am an investor in Ripple Labs, and I have some [of its] currency.

It may be that Bitcoin lives on as a store of value, like gold, but isn’t used in day-to-day transactions. But I think there’s enough new interesting stuff that’s built off the Bitcoin idea that it’s not a clear winner.