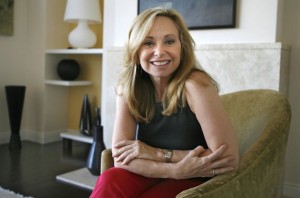 Julie Wainwright is an e-commerce pioneer. In the late ‘90s, she was the chief executive of Berkeley Systems, a maker of popular games and computer screen savers; Reel.com, which was one of the first companies to sell videos online; and the short-lived retailer Pets.com (best remembered for its legendary sock puppet marketing campaign).

She’s still at it, leading the RealReal, a fast-growing online consignment business she began building in 2011 and that StrictlyVC visited last week for a profile. As part of that sit-down, we asked Wainwright to share some of what she has learned through her online selling adventures. Our chat has been edited for length.

The RealReal has raised $43 million from investors. Do you think your personal brand made a difference early on?

I don’t know about that. To the people who already knew me, absolutely. But coming into new VCs, I’m not like them in any way. I’m a woman, and I’m an older woman. One even said [whispering], “A lot has changed.” And I was like, “Really? Basic business has changed? I don’t think so. Tactics change, but not business fundamentals.”

Very broadly, what are the advantages and disadvantages of being a veteran of this industry?

Youth has so many advantages, because you don’t know what you don’t know, and you take risks and put yourself in situations that, if you had a broader perspective or more learning, you wouldn’t. And great breakthroughs can come through when you don’t have fear. But every business goes through a trial period, and that’s where you need a playbook and that’s where I’d say you really enjoy the beauty of experience. I have a playbook, and I’ve hired people with deep playbooks, so early on, we were already a business with great potential.

Pets.com raised your profile for better or worse. What are some things you learned from that experience?

The key lesson I learned there is that strategic investors’ interests and your company’s interests are not always aligned.

I already knew that anything relating to commodities, Amazon was going to do better and cheaper, even back in 1997. I’d been watching them. I’d been to their warehouse. I’d seen their infrastructure. They were so far ahead. So when I was brought in to lead Pets.com, I said the only way I’ll do it is if Amazon is a strategic investor in the business. And Amazon put in $60 million. And I thought that because they put in so much money that we had a safe harbor and that they’d just end up buying this company; I thought we’d create this category, which was huge, and then just merge with them. Drugstore.com thought the same thing.

And they copied both of you instead.

Maybe they just ran the numbers and decided it was cheaper than buying. They did the same thing with [the daily deals business] LivingSocial. Now Amazon is doing their own daily deals.

The market turned on you at Pets.com. What happens if that happens again now?

We have a very capital-efficient business here. I don’t have the same issues that any other e-commerce-built business that I know of does. Because our goods come from our seller and buyer base, and we have a huge repeat rate, we’d be okay even if we couldn’t get more financing. We’d just have slower growth.

What do you think other e-commerce companies, including Fab and One Kings Lane, are doing wrong?

First, I think both are doing a lot right. As a consumer, I love One Kings Lane. I’d say, looking at things from a very superficial level, that Fab overextended its growth by moving too quickly. It also has a lower average price point, and to make money at a lower price point, you have to be phenomenally efficient. For example, the average selling price point of Zulilly [the daily deals site for mothers and children] is $50, and Zulilly is making money. I bet Fab’s [average selling price point] is close and it’s not. The difference is Fab was really interested in expanding internationally and bought all these companies and had to merge them all and it didn’t have its own manufacturing facilities, then switched to its own pick, pack, and ship [model] . . . It’s just done so much in three years, whereas Zulilly has always focused on its products and how to get cost-efficient.

You think it’s too late for Fab?

My guess is that Fab can do it. It has to get really focused, though.