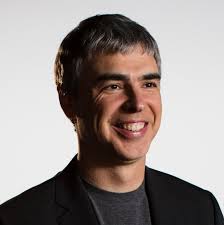 Sunday afternoon, I wrote a column about a new video that features investor Vinod Khosla interviewing Google founders Larry Page and Sergey Brin. I noted the interview was not going to be well-received outside of tech circles, where it was uniformly applauded. For example, asked by Khosla about rising income inequality in San Francisco, an issue that’s been linked in the public mind to Google, Page called it a  “governance problem.” Page also talked at length about a future in which machines replace human workers without addressing who will keep those workers afloat financially.

I didn’t realize the piece would be quite so controversial, but a number of readers reached out this morning, complaining that I was unfair to Page. Adrian, for example, said that my “coverage of the Page / Brin interview is righteous and disappointing. You are bashing Page for not feeling guilty for and not self flagellating in public over being rich. Seems like you think some contrived displays of guilt and some vague promises of being a better ‘corporate citizen’ (whatever that means today) would have been better than his attempt at a thoughtful response / analysis.”

Meanwhile, Graeme wrote, “I could really do without the stereotypical political commentary. I can get that from [we’ll just skip this part of Graeme’s email] or [and this] or the shitheads at [you get the point]. Yay let’s cheer on political terrorists attacking people in their homes or on their way to work! Fuck those smart people and their work ethics!”

It also seems worth steering readers to a response sent my way this morning by Google’s 25th employee, David desJardins, who is now a private investor. Specifically, desJardins had wanted to talk about “Abundance,” the book Page cited when speaking to Khosla about the free time we’ll all enjoy when our jobs disappear.

Here’s more of desJardins’s email, published below with his consent:

[Abundance authors Peter] Diamandis and [Steven] Kotler make many arguments about the power of innovation and human ingenuity with which I agree. However, they then make an essentially utopian argument about how deeply and rapidly these tools are being used and will be used to address current and foreseeable problems.  In this area, I claim that they are wildly optimistic.  The question is not whether human civilization could harness its ingenuity and creativity to solve all of the problems they discuss—of course it could.  The question is whether it will.  And as to that I think their optimism is totally unwarranted.

They only arrive at an optimistic conclusion by cherry-picking the evidence.  They trumpet a few anecdotal examples of dedicated and resourceful individuals making big contributions to society with only modest costs.  The problem is that the examples they use are mostly notable for how rare and unusual they are.  As Larry Page says, but they ignore, 99.9999% of people aren’t working on stuff that can dramatically improve the world.  That means we’re only generating 0.0001% of the innovation on critical problems that we could be generating.  And that’s just not enough.

The role of government is hardly mentioned anywhere in the text.  In the U.S. today, we’re slashing public investment that isn’t driven by a pure profit motive.  Of private investment, the vast majority is profit-driven rather than public-benefit-driven.  This is yet another reason that the fraction of human ingenuity that’s actually being applied to our biggest challenges is really small.

The assumption in the book is that self-organizing, self-motivating, self-actualizing individuals, left to their own devices, can and will independently address virtually all human problems.  But this is a subject on which we have considerable empirical evidence, and the evidence is much less encouraging than they would have it.  Corruption is rising in most parts of the world.  Exploitation of people by others is rising in most parts of the world.  The vast majority of innovation is directed to trivial problems rather than to big problems (the world invests far more in treatments for erectile dysfunction or skin wrinkles than in treating any of the most widespread diseases).  People whose lives could be dramatically improved by a 60-watt bulb, have been in that position for decades and they still don’t have the bulb.  The observation that we could give them that bulb (or a 6-watt LED replacement) doesn’t mean that we will—what makes anyone think we are going to start making a serious worldwide effort to address human needs when we have never done that so far?

The authors suppose that as the “bottom billion” are lifted out of abject poverty, they will become consumers and their needs will be valued and met.  But that’s wildly optimistic.  The bottom billion are far, far behind the graduates of even the worst U.S. schools in terms of their knowledge and education and preparation to compete in the world economy.  The economic value of their labor is going to remain near zero for the foreseeable future.  By the time they make it to third grade, they are going to need a postgraduate degree to be prosperous.  It may only cost a few dollars to prevent malaria or to give someone a light, but it costs tens or hundreds of thousands of dollars (and takes generations) to educate people to the level where they can make really significant contributions to society.  Most of the jobs that people can do without a significant education are disappearing and becoming obsolete.  The bottom billion aren’t getting richer and more educated as fast as the world economy is leaving them behind.