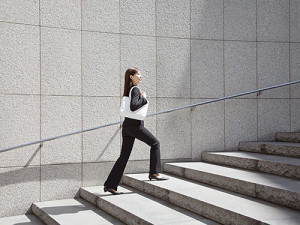 Venture capitalists poured $13 billion dollars into startups in the second quarter of this year, the most money they’ve parted with since the first quarter of 2001.

That wave of cash — part of a years-long buildup — is having a major impact on jobs. To better understand what’s going on with the high-tech employment market, we talked yesterday with Joe Riggione, cofounder of the executive recruiting firm True Capital. Our conversation has been edited for length.

What’s the latest and greatest in high-tech hiring?

We’re starting to see a lot of companies get fatigued in their [ongoing battle] to attract executives and keep them excited. There’s just so much noise. The number of VP of Marketing searches in the Valley right now is absurd, with everyone calling the same people. So people who are working a step below VP level are [becoming very attractive]. They maybe get a little less comp and a little less equity, but their incentive is the title and responsibility.

And there’s no shortage of good people at the director level from which to choose?

There are a lot of good senior directors or VPs of Product Marketing who right now report to the CMO, so there’s not a shortage, but it’s definitely competitive among search firms to find the best talent. A top-tier [venture] firm just retained us for about six months to make introductions to top product and marketing and CEO talent. It isn’t about specific opportunities . . . it’s about taking those people out for coffee.

Is there a danger that companies are promoting people into roles for which they’re not equipped?

Most of the time, these are people who’ve been with a company as it has scaled, so they might be at a director level but they’ve already run a team. Think of a director of product marketing at [the online storage company] Box or [the cloud telecom company] RingCentral. In many cases, these are people who work at companies that have already gone public or are about to, so it’s a much lower-risk hire than maybe a director who hasn’t led a team.

What other trends are you tracking right now?

The equity conversation is changing substantially; it’s moving from talk about percentages to value. Deals are more competitive than ever, and [recruits are better educated], so you can’t get away with a tricky cap table any more. Employees know the difference between 1 percent of a company that’s worth one thing and .75 percent of another company [that could prove to be more valuable].

Is it harder to hire people into growth companies whose shares are already richly priced?

Frankly, it’s easier than [recruiting at earlier-stage companies]. VCs are so well-networked that they know everybody already [to recruit into a young company]. When you’re in the growth-equity stage of things, they don’t, so it’s easier to get them excited about a good candidate versus [their] having a bias. They’re more open-minded.

How has compensation changed over the last year? Have any stats for us?

Why is CFO pay up so markedly?

There’s a lot of demand for CFOs with public company experience. A lot of startups are getting out [onto the public market] or hope to.

We recently had a CEO opportunity at a growth-stage company where the execs were trying to recruit a finalist candidate from one of the top four publicly traded software companies. The [hiring company] was willing to give this person a $1 million signing bonus, which isn’t commonplace. But his employer gave him even more to stay.