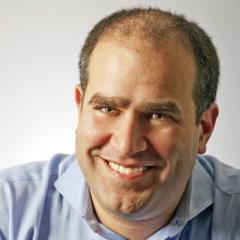 In the spring of last year, former News Corp. executive Roy Bahat was hired to head up a newly created, $75 million tech fund with a single LP, the financial news giant Bloomberg. Since then, that outfit, Bloomberg Beta, has made 28 investments, and two of its companies have been acquired. One deal isn’t yet announced; the second, the machine learning startup Newsle, was snapped up last week by LinkedIn for an undisclosed amount.

While Bloomberg Beta appears to be off to a fast start, Bahat isn’t ready to break out the champagne just yet. He says instead that he’s “still getting used to the pacing” of venture capital. “It’s like a chess game, where every move is separated by a year to 18 months.”

That isn’t typical talk in the world of VC, where sugarcoating things is standard operating procedure. But telling it like it is seems to be among Bahat’s biggest differentiators in the competitive field of seed-stage startup investing. We caught up yesterday; our chat has been edited for length.

Broadly speaking, what you are you trying to do with Bloomberg Beta?

A lot of recent [investing] trends [center on] making progress with fewer dollars and funds that act more like individuals and less like institutions. We didn’t invent them but we like them and we’re taking them to their logical extreme. Our standard first check is $250,000. [The biggest check we’ll write is a] seven-figure check. We like to get involved really early and remain valuable and invest much more over time.

What’s the benefit of having Bloomberg as your LP?

We aren’t a strategic investor, but our LP cares about tech companies, so there’s plenty of value beyond the financial [muscle it gives us]. We can provide startups with technical feedback when they want it, validation with customers, customer trial runs. There are never companion deals, but if a startup wants a relationship with Bloomberg, [we can help].

Bloomberg Beta is a five-person operation. Does majority rule when it comes to what to fund?

If anyone on the team says yes to a deal – if they want to make an investment – we’ll do it. There’s no voting. At the seed stage, the risk of missing something is worse than the risk of investing in the wrong company. We know the best deals in particular tend to be controversial, so we wanted a process that sidesteps that.

Are you “thesis driven”? You’ve invested in numerous media companies, for example.

I’m not a huge believer in thesis-driven investing. The best founders teach you more about an industry than you can learn [by researching it].

I’m not a huge believer in boards for very young companies, either. I’d rather be on the private Github repository of a startup or be on Google Analytics than have them prepare a PowerPoint presentation every month or so and bloviate on the state of the industry. That’s going to be an unpopular view, but it’s my view.

You were the head of the game and entertainment business IGN at News Corp. Tell us more about your transition into VC.

It takes some getting used to. I think we’re trying to do things in a different way, and when you do that, there’s some chance that you create something special. There’s also a chance that you create something that blows up in your face. With a startup, if something isn’t working, you know three months [into it]. Here, maybe in five years I’ll have the data to know if what we’re doing works.

[Laughs.] Well, everyone wants you to be blunt and transparent until you’re in the room with them. I just met with someone and told him that his startup wasn’t right for us for XYZ reasons. He said, “Don’t you want to think about it for a few days and get back to me?” I said, “I could pretend to think about it and not email you for a week and then tell you. Or I can tell you right now.”