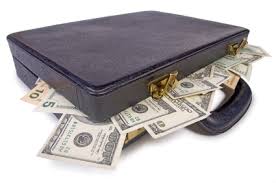 Chris Douvos is a rare animal — an LP who doesn’t shy from expressing his opinions publicly.

Since 2011, Douvos has been a managing director with Venture Investment Associates, a fund of funds group that commits capital to venture capital, growth capital, and private equity groups. Douvos worked previously for TIFF (The Investment Fund for Foundations) and the endowment for Princeton University, “despite having not one, but two degrees from Princeton’s bitter rival, Yale,” as he says at his personal blog. We caught up last week for an email chat, part of which we’ll run separately later this week.

Are you the only LP who blogs? Do you think other LPs will and/or should in the future?

I think I was the most prolific blogger. Some others had tried it, but it’s time-consuming to keep it up; I’m not writing as much as I’d like nowadays, either, so I’ve got to sharpen the pencil again. Too many topics, not enough time! It’s also tricky for LPs because part of the voodoo we do is done in the shadows. We’re in an information business and knowledge is a scarce currency There’s a real “close to the vest” mentality and LPs are always glad to share their second-best ideas, but that’s about it. I’d be surprised if many LPs pick up the blogging standard, as a result.

What’s the bull and bear LP view on the rise of equity crowdfunding and platforms such as AngelList, for example?

I love crowdfunding and think that AngelList Syndicates has the opportunity to be massively disruptive to the funds world. I’m an investor in AngelList’s Maiden Lane fund and am watching what happens there very closely. My neighbors in Palo Alto are building a crowdfunding platform for real estate that’s really getting traction. There’s going to be evolution in all this stuff, of course, but having a front row seat is pretty exciting; after all, sometimes, we make the road by walking.

As for the the broader LP world, it’s hard to say if there’s really a bull or bear view, as most LPs are still watching to see how some of this stuff shakes out. It’s more of a curiosity at the moment. Also, beyond [Bay Area] area codes, not that many people are really thinking about this stuff yet. As LPs, we’re trained to be patient, have an extremely long horizon, and gather data. Also, most LPs tend to be very risk averse. Jeremy Grantham famously says that 90 percent of decisions in finance first take into account career risk, and I think that’s true. It’s hard to get LPs to think — much less act — at start-up speed. That’s not a knock, it’s may even be a compliment as too many people have been run over by steamrollers looking to pick up shiny new pennies. That’s particularly true in long-dated, illiquid asset classes like VC.

Companies are staying private longer, especially the breakouts. How does that affect an LP’s strategy?

Venture capital is already the longest-dated, furthest-out-of-the-money option that most institutions invest in. In a post-Lehman world, institutions realized that illiquidity wasn’t free; it carried a risk premium for a reason. And once these institutions had touched the hot coal of liquidity risk, many started to actively seek to shorten the duration of their portfolios. Also, there’s a question about the evaluation horizon for funds. You rarely see results before a GP comes back with their next fund, and in a lot of cases, the evaluation horizon stretches longer than people’s attention span or tenure at an institution. This principal-agent problem is a big issue.

To be sure, some risk appetite is seeping back into the market now, but people are asking hard questions about how long it takes to see distributions. Indeed, we’re seeing more interim liquidity, but seeing companies stay private longer makes it harder for the PE portfolio manager to make the case for VC in the Monday meeting at a multi-asset class pool of assets.