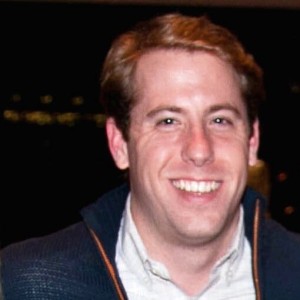 Breaking into VC requires plenty of hustle, and Adam Besvinick has been hustling since graduating from Duke University in 2009 — nabbing summer stints at places like Accrue Ventures and DreamIt Ventures, an MBA from Harvard, and a part-time associate job at Lowercase Capital along the way.

Last month, Besvinick, who was most recently working as the head of business development at the e-commerce site Wanelo, landed a full-time job as a principal with the early-stage venture firm Deep Fork Capital. We caught up with him last week to find out more about his new gig, how he operates, and where he’ll be shopping.

Tell us about where you’ll focus your investing, including geographically.

I’ll be based full-time in New York, making monthly trips to the Bay Area and fairly regular trips to other hubs like L.A. and Boston, where we have portfolio companies. I won’t be constrained to a particular geography, but the first few opportunities I sourced for Deep Fork are in New York, and we think it’s increasingly valuable to have a constant presence there.

Most of my attention will be spent on seed-stage investment opportunities in content, commerce, and marketplaces, both consumer-facing and enterprise-facing companies in those sectors. However, my “first love” is social, so if I find something interesting in this world, I’m definitely going to take a hard look.

You were most recently working at a startup. What precipitated this shift back into venture?

Coming from a finance background, I always had a latent interest in investing, and when I started to break into the startup ecosystem, I felt like it was easier to get in front of VCs than to get in front of founders or other early-stage operators. And my first thorough exposure to the world of startups was through being fortunate enough to work with Chris Sacca and Lowercase Capital, as opposed to being on the operating side of things. I loved the different types of work I got to do with Chris and had a passion for and obsession with startups, so I knew that VC was where I ultimately wanted to end up.

Since working for Chris in business school, how have you seen the early-stage market change?

One major change is how we, as consumers, are inundated with apps and products in a way that we weren’t even two-and-a-half years ago. As a seed-stage investor, it makes it that much more difficult to extract signal from noise. Also, consumers have begun to develop engrained “mobile flows”—they have a set group of apps that they go to repeatedly, and it’s difficult to break up that flow unless you’re sufficiently different and valuable.

What tools and products do you use daily in your VC work?

I’m on Product Hunt, AngelList, and Crunchbase for checking out companies and products. I like Mattermark’s emails and Twitter feed but haven’t pulled the trigger on a subscription yet. LinkedIn and Rapportive are both critical for contacts. I read email newsletters from StrictlyVC, Term Sheet, and CB Insights daily. I downloaded Homer after adding it to Product Hunt and came across a couple of interesting apps on people’s phone screens that were shared, but I’m not sure this will be a persistent use case. I’ve also been playing around with Weave and SwiftIntro for meeting people who are building cool things, and I’m in a few interesting Facebook groups that have led to the discovery of compelling products. Last, but certainly not least, is Twitter – it’s my go-to for staying on top of everything that’s relevant to me.

So far, I’ve used AngelList as a sourcing tool and to generate some inbound deal flow. It’s a great way to get a lay of the land, particularly if you follow a fair amount of individual investors and funds, which I’ve been making a point of doing.

When it comes to raising, I have seen it be a great way to fill out rounds after there are initial commitments and/or a lead. I’m carefully watching [AngelList’s] Syndicates to see how they evolve.