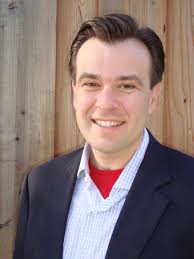 Earlier this week, we featured a Q&A with Chris Douvos of Venture Investment Associates, a straight-shooting LP whose career began at Princeton University Investment Company more than a dozen years ago. Because the interview ran a bit long, and because Douvos is a smart guy with interesting insights, we decided to run the rest of our interview with him here today.

Are LPs starting to look for different kinds of backgrounds in the partnerships they back? If so, how?

In terms of backgrounds, there’s not a lot of change; I think that classically trained LPs like to see some operational experience among their GPs, but there’s also a belief that certain types of knowledge and experience get stale quickly.

There are a lot of people coming straight out of “hot companies” right now looking to raise funds, and I think that history teaches us that a lot of these funds will have unfulfilling results. In fact, some of the best investors out there — real titans of the VC world — had little operational experience.

But there are many different routes to success. I think the flavor of the month right now is “the platform.” A position that a bunch of funds seem to be adding right now is “VP of Platform” or something similar. The archetype in this regard for me was Brett Berson at First Round. For years, I called him the unsung MVP of the venture business. And indeed, [First Round founder] Josh [Kopelman] and the whole First Round team have done an amazing job of conceptualizing, building, and iterating their platform. The True [Ventures] guys have done an admirable job, as well. Of course, Andreessen Horowitz has built something special, too. But having known all those guys since the beginning, I see how significant an investment the building of these platforms has been, and I think it’ll be challenge to replicate.

What’s the one thing you believe founders should know about LPs in general?

LPs are putting their GPs under an enormous amount of pressure right now as they evaluate if they even want to invest in venture capital. Aside from the [roughly] dozen firms that don’t need to worry about fundraising, everyone seems to be on the “watch list” right now. Proof points — whether they’re nice exits or strong telltales of progress — can mean the difference between an easy fundraise and a protracted slog for that stressed-out board member of yours.