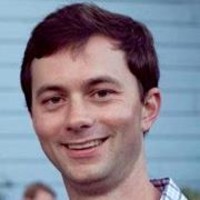 Earlier this year, Tommy Leep joined San Francisco-based Rothenberg Ventures as a partner after spending more than two years at Floodgate as its “chief connector,” helping entrepreneurs get their startups off the ground. We recently chatted with Leep — who was once a product manager at Intuit — about the move, as well as the role that serendipity often plays in the career of the investor.

You recently finished up a tour of duty with Floodgate to join Rothenberg Ventures. Walk us through your transition, what you learned, and why you ended up where you did.

At Floodgate I learned that I love being a “connector.” I love connecting startup founders with people who can resolve their needs. The problem is that no one focuses on recruiting connectors. It doesn’t sound tangible enough. So I had to figure out how I could keep doing this thing I love.

At first, I thought it may be a big tech company. I considered a corporate development role with one company and a community role with another, both of which excited me but [were] too focused on [each] company’s outcome. Those conversations helped me realize that I work best with a broad set of constituents that includes founders, investors, big companies and startup supporters. Then I realized that the best opportunity for me was right under my nose [with] my roommate and Stanford friend Mike Rothenberg, [who] had founded Rothenberg Ventures.

Can you retell the story of how you fell into the venture world? I think it could be instructive for younger folks out there, given how random it is and how much of it is driven via personal relationships.

I met Mike Maples at the Orange Bowl in Miami in January 2011. Before the game there was a rumor going around that Bon Jovi was performing at a private tailgate in a big tent. A friend who had been the Stanford Tree band mascot somehow got wristbands to this tailgate, so we went in. (I was also a Stanford Tree.) We were grabbing burgers when I ran into Weston McBride, a Sigma Nu fraternity friend from undergrad. Weston had pitched Mike a couple weeks earlier, and he offered to introduce me to him there.

We connected over Sigma Nu, which Mike helped restart when he was at Stanford. We talked about Stanford football and this shirt I was wearing that said “I Believe in Stanford Football” . . .[and] Mike asked for one and he emailed me a reminder on the spot. . . A month later we met for breakfast at Hobee’s at Town & Country in Palo Alto for the shirt hand-off, and after that he interviewed me to become Floodgate’s first associate.

Mike and Ann from Floodgate have legendary reputations in the world of early-stage investing. You had a front-row seat. Briefly, what sticks out in your mind about what makes them so good?

Mike and Ann stick to first principles. They do right by the founders they work with. They have deep expertise in giving founders strategic guidance to build their businesses. They measure and learn from their investments and misses. And supporting founders is authentic to their personal missions.

At Rothenberg Ventures, how is the fund and platform set up? How do you work to attract the best founders to your firm?

At Rothenberg Ventures, we are very different from most other firms. We don’t spend Mondays in meetings and we don’t sit on boards. . . We offer on-call advisory to our founders, connect with almost all of them each month, and help connect our founders to the people they need to meet to help build their businesses. We believe in extreme giving . . . Our capital comes from a hundred founders and investors who also love giving back to founders and the venture community. We facilitate interactions through dozens of tech talks, dinners, small gatherings, and events like [a recent event for founders at AT&T Park in San Francisco]. . . For example, one of our recent initiatives is a co-working space in SOMA where we work side by side with 60 entrepreneurs. Our founders identify with us because we look like them — we’re a startup investing in other startups.