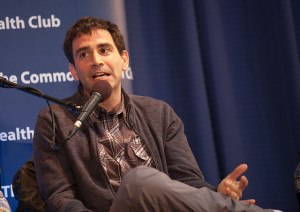 Elad Gil is like a lot like other smart, accomplished Silicon Valley angel investors. His credentials include an advanced degree from M.I.T. He has worked at both small and big companies, from Plaxo to Google (where the mobile wireless team he started acquired Android). He’s also an entrepreneur himself, starting Mixer Labs, a service that helped developers build geo-location apps.

When Twitter acquired the company in 2009, Gil stayed on as a Twitter VP for two-and-a-half years, becoming an active angel investor — or a “startup helper,” as he describes himself on LinkedIn — more than two years ago. Unlike a lot of his peers, Gil is content to remain an angel investor for the foreseeable future, too, for a variety of reasons. We’ll delve into some of them early next week. In the meantime, here’s Gil on why angel investors tend to pursue certain, predictable trajectories.

There aren’t many true individual angels left. Why is that?

It seems like there is a natural lifecycle to individual angel investors, especially if they stop being operators. At some point many individual angels who were successful investing chose one of two paths — raise your own fund, or join a traditional venture firm. This isn’t something I’m planning on, but many have, and I think this transition has a few drivers:

1.) People want leverage on time or run out of capital. If you’re an individual angel writing small checks, eventually you may realize you are investing an enormous amount of time working hard for your portfolio companies. But you may not have a lot of skin in the game relative to other, less engaged investors. In my own case, there are a number of companies I am involved with where I have put in a lot more work then people with 10X or even 100X the financial position. At some point, angels may want to have more leverage on their time. If an angel is putting in so much work, why not also participate more in the upside by investing a larger amount? Or, an angel may want to expand their role to be able to lead seed or larger rounds and to set terms. This is actually starting to be enabled by AngelList.

Alternatively, you may at some point tap out financially or be too illiquid to keep investing your own money. This supposedly happened to Elon Musk for a period when he had all his capital tied up in SpaceX and Tesla and neither company was public. So raising a fund or joining a VC is a way to keep investing without tying up all your own cash.

2.) People want to learn or do something new. Some institutional venture capitalists have a really strong process or perspective on investing. Benchmark and Sequoia are two that come to mind. Some individual angels feel they have a lot to learn at these institutions. [It’s also the case] that many individual angels don’t take board seats or get involved with other aspects of a company, and joining a traditional venture firm allows them to do things they have not done before.

3.) People stop operating. Running a company can be exhausting. Many individual angels are often former operators. Once an entrepreneur or executive gives up their day job, they may want to still to be involved with startups day to day. A firm — either their own or one they join — provides them with a regular outlet and a job without the soul-crushing 24/7 grind of an operating role.

4.) People get lonely. It’s nice to have other people to bounce ideas off of. As an individual angel, if you spend time bouncing investment ideas off of other angels, you may be violating the confidentiality of the startup — or you may fall into group think. An institution provides people with a framework for tapping into other folks regularly and having a firm and culture to be part of. (That said, I hear that many VCs feel they are “lone wolves” and the job of the VC is not one where you spend a lot of time with your partners. I guess all things are relative.)

5.) Prestige. Some people are really attracted the societal prestige associated with being a venture capitalist. It is sort of like the people who join Goldman Sachs straight out of school so they can brag about it to their friends.

One of the cool things about Silicon Valley is the ongoing cycle of capital and talent. The pool of individual angels keeps getting renewed and refreshed as entrepreneurs or early hires at breakout companies make enough money to start angel investing. A small handful of these folks end up either generating a sizable brand or a good return and reputation, many of whom then transition into VC. (Of course many individual angels end up loosing money and dropping out before building a reputation, so there is also the “dark side” of being an angel).

Y Combinator has its own interesting version of this, where a number of YC alumni cycle back as partners at YC and/or raise their own funds. So YC is functioning as a farm system for its own investors, which reenforces it.