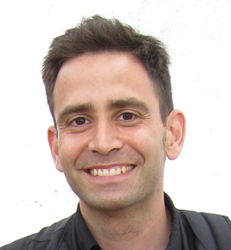 In 2009, Elad Gil sold his company, Mixer Labs, to Twitter, where he worked another two-and-a-half years as a VP before plunging back into the world of startups — and startup investing. Recently we talked with Gil about how, more precisely, he’s spending his time these days.

​As an individual investor — what stage do you prefer to invest in today, and how has that changed over time?

I’ve always been pretty stage agnostic as an investor, which I think is a bit contrarian in the individual angel market. Most of my investments have been seed rounds, but I’ve also invested in a reasonable number of Series A, B and C rounds.

One of the reasons I’ve always invested in a broader range of companies is my background as an operator. My role at Twitter was effectively to help scale the company. Since I was involved in a lot of aspects of managing hockey-stick growth — internationalization, user growth, scaling recruiting process, M&A, analytics, product, etc. — a number of later-stage breakout companies have asked me to get involved as an investor or advisor as I have been through the same terrifying growth curve they are now seeing.

From a purely financial perspective, I only invest invest in companies that I think may have anywhere from 10x to 1000x upside left. Obviously that’s easier as an early-stage investor.

How do you plan to use a platform like AngelList in the future, if at all?

AngelList is going to transform whether branded individual angels eventually transition to larger firms. If an individual angel has the access and deal flow, we’re very close to the day where they can effectively run a fund in a friction-free manner on top of AngelList. AngelList helps with the fundraising, as well as takes care of the ongoing back office — accounting, legal, fund set-up, carry management, etc. — for the angel. Already, you see people like Scott and Cyan Bannister and Gil Penchina making use of AngelList as an LP and back-office platform.

For newer angels, AngelList provides any angel the opportunity to have an instant fund — in other words, the syndicate — back the angel. The angel can take carry this on, while AngelList manages that person’s back office. So it may also create the opportunity for new angels, with much less personal capital, to start effectively a micro-VC firm. I wouldn’t be surprised if some interesting dynamics emerged on the platform, like if every YC batch had one founder who raised an AngelList-based fund to invest in all of his or her YC batch mates. Maybe [AngelList] turns YC into an inadvertent launching pad for micro-VCs as well.

You’re working on a new startup. Without giving up too many details, can you share what space you’re working in and what you anticipate happening in the industry over the next three to five years?​

My prior startup was a developer platform product that Twitter acquired. More recently I co-founded a genomics company and, in particular, software to make genetic testing and genomics widely available. This industry has seen a 10,000x drop in cost over the last few years, but software and other aspects of these services haven’t kept up. While I’m skeptical that anything fundamental has shifted in biotech as a whole to make it more attractive investing-wise, I’m very bullish on the shifts occurring in genomics.