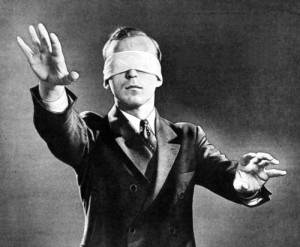 Earlier this week, The Information published a piece about mobile software makers who are flying blind following Facebook’s acquisition last year of Onavo, an app analytics startup, even as consumers spend more time inside apps than ever before. In fact, according to a new Comscore report, activity on smartphones and tablets has grown to 60 percent of our digital media time, driven predominately by apps.

On the desktop, of course, Comscore, Nielsen and SEO companies can learn a lot about site referrals based on URL tracking, and for the most part, everyone has access to the same data. By contrast, the mobile ecosystem offers no such visibility. Aside from tracking how may times an app has been downloaded, says Keval Desai of Interwest Partners, “There’s no true visibility into the traffic of top sites, no visibility into app discovery.”

Desai compares the dearth of mobile analytics to the old days of the Internet, when there were “these closed islands, like AOL and CompuServe, before the web came along and opened everything up.” Today’s “islands” are Google and Apple and, increasingly, Facebook, which control most of the mobile app market and thus can see what others cannot, including how often particular apps are used.

Things don’t look to change any time soon, either, despite the growing number of companies attempting to make money off of mobile analytics. These companies range from four-year-old, San Francisco-based App Annie, which tracks downloads, to Singular.net, also in San Francisco, a new company in the broader mobile-usage-tracking space that was founded by ex-Onavo employees and raised $5 million in seed funding from General Catalyst Partners this summer.

Other analytics startups trying to figure out mobile analytics include Mobileaction, Sensor Tower, MixPanel, Amplitude, AppGenius, and Mobiledevhq, a Seattle-based company that was acquired earlier this month for undisclosed terms.

The question is whether the absence of a mobile analytics standard will stunt the development of new mobile apps. Desai, for one, isn’t ready to toss in the towel.

While a lack of transparency into the ecosystem may frustrate reporters and venture capitalists looking for the Next Mobile Trend, the rest of the world may wonder, “Who cares?” suggests Desai. Consumers can visit an app store to get an idea of what’s new and exciting, he notes. VCs employ people to write scripts to figure out what’s hot and what’s trending. Meanwhile, “If you’re a large advertiser and want to know what are the most frequently used apps by a particular demographic, you can get that data through your ad agencies or through the publishers themselves. App publishers have an incentive to voluntarily disclose that information – in private. It’s like with TV and radio and print, where you have publishers who, for the right reasons, aren’t interesting in [publicly] disclosing their viewership data.”

Desai — whose firm was an investor in the mobile analytics firm Flurry, which sold to Yahoo earlier this summer in a reported $200 million deal — adds that he “isn’t saying that [mobile analytics is] not important.” Better insight into how applications are performing would be great. “But people who really care about this stuff have a way of finding it out.”