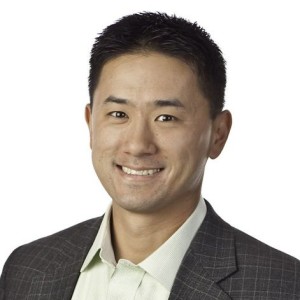 Eric Liaw of Institutional Venture Partners has been at the center of two of this week’s biggest deals, both of which happen to be in L.A. On behalf of IVP, Liaw led a $63 million investment in the jobs aggregation platform ZipRecruiter. Liaw is also on the board of The Honest Company, the maker of eco-friendly baby products, which just closed on $70 million in Series C funding.

Given that Liaw is still a principal and not a partner, we thought his involvement in both deals was interesting, so we chatted with him yesterday about how things work at IVP and how interested the firm has become in Southern California specifically.

You joined IVP from Technology Crossover Ventures in 2011 but you’re not yet a partner. Is it typical for a principal at the firm to lead deals?

At our firm, it’s something we’ve been doing for a while. When [general partner] Jules Maltz was a principal, he was leading deals. For [current principal] Somesh [Dash], it’s the same. Our firm is fairly small so it’s something we decided to do and we think it’s working.

Honest just raised a huge round of funding in preparation for an eventual IPO. When, exactly, did you get involved with the company?

Lightspeed [Venture Partners] had funded the company in September 2011 and we came in for a little bit, then General Catalyst Partners led a Series A-1 in the company in March 2012 and we participated. [Honest raised $27 million across those fundings.] We then led the company’s [$25 million] Series B round in October 2012. Finding Honest was a team effort. [General partner] Dennis Phelps and I have been spending a lot of time in L.A.; we’d gotten to know Honest cofounder Brian Lee at LegalZoom [which Lee also cofounded and is another IVP investment]. It was a little unorthodox for us to invest in something that didn’t even have a site yet, but we knew early on that it was a good thing to get involved with and it’s grown by leaps and bounds since. Brian and [cofounder] Jessica [Alba] have said publicly that they passed the $100 million run rate back in January, and it’s safe to say that the business has only accelerated from there.

Do you divide your time between San Francisco and L.A.? Is that how you came to know of ZipRecruiter?

I went to high school in L.A. and my parents still live down there, but the firm is based up here. Half our deals are in the Valley; the rest are outside, including L.A., New York, Austin, Scandinavia … ZipRecruiter we met a couple of years ago but they hadn’t wanted to seek outside funding. When the opportunity came up in the earlier part of this year, they talked with a handful of firms. It was very competitive. But our success in building subscription businesses at the growth stage [won over the company].

So it largely comes down to product experience?

There has to be a lot of comfort around the table, too. One piece of advice I gave [ZipRecruiter CEO Ian Siegel] was that [founders] should be super comfortable with whoever they’re going to work with, because it’s a lot easier to get into a deal than get out of it when things go sideways. Also, in this case, the founders retain significant majority of company, so I had to be comfortable with [the team] and I certainly am.

As a late-stage investor, how are you feeling about valuations?

You can look at valuations as indicators of broader trends and excitement. People are definitely feeling more comfortable in investing in [late-stage venture] where the perception of risk has been diminished — accurately or inaccurately — because the market is perceived to be much larger.

We look at valuations on a company-by-company and deal-by-deal basis. It’s like public stocks. The “market” is a basket of individual stocks. Some do well even when most do not.