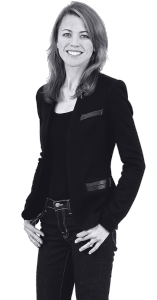 New Enterprise Associates is growing more serious about young design talent. On Wednesday, the 36-year-old venture firm announced the third of an ongoing series of two-week-long design mentorship programs that aim to transform more designers into founders. Among the big names who’ve signed on to help with the initiative are Albert Lee, the founder of the New York-based product studio All Tomorrows; and Liz Danzico, founding chair of the MFA in Interaction Design program at New York’s School of Visual Arts.

To better understand why NEA — which manages billions of dollars — is bothering with the whole enterprise, I spoke yesterday with Dayna Grayson, the Washington, D.C.-based NEA partner who is herself a former product designer and who helped launch the program last summer.

NEA and Kleiner Perkins are among a growing number of venture firms that are trying to close the gap between design and technology. Why do startups need investors to play that role?

There are different flavors of these programs. But the reality is that for any startup – consumer or enterprise – great, intuitive design has become table stakes. Ten years ago, you could have clunky design and enterprise salespeople would explain it and get the technology into the hands of users. Today, technologies have to suit users from day one, so we asked ourselves last year: What if we could mentor and push more designers to become founders to ensure that that [design] DNA is there from the beginning rather than a bolt-on later?

Kleiner’s program aims to get more and better designers into its portfolio companies, whereas NEA’s is designed to help designers start their own companies. Where are your applicants coming from, and how far along must they be to gain admittance into NEA’s program?

Some are coming straight out of design schools. Some have held agency jobs but want to own and commercialize a product themselves.

We now have two types of sessions on a rolling basis. For the [upcoming] “go-to-market” session, you have to have a product that’s ready to be taken live imminently. We’ve also [organized two-week] “vision” sessions, where we take applicants that have nothing.

So you’re first helping people create a vision, then inviting them back to hone it.

We’ll have some teams back, though we’ll also select new teams.

Many accelerator programs go on for months. What convinced you that two weeks of intense mentoring is enough?

We want [these designers] to take what they’ve learned and ruminate on it and decide if it’s right for them. These aren’t necessarily people who are founders above all else. You have to let their entrepreneurial ability sort itself out. Also, frankly, I think it’s more true to life. With entrepreneurship, you have these intense periods of advice and ideation followed by intense periods of executing and scaling.

What sorts of companies are people coming up with?

We had one team come up Shortwave, an app that allows customers to easily exchange files via Bluetooth with others who are within 100 feet. Another, Factory, is a mobile application that features a stream of fascinating facts in short form. It’s like an ingestible Wikipedia. A third project, Booya Fitness, features high intensity workouts [online] for people who don’t have an hour-and-a-half to exercise.

Have you funded any of the teams to pass through the program? Also, how much of your time is focused on it?

We’re in the process of funding one startup now. Because we encourage some to come with nothing — they’re pre-seed — we expect more to [evolve into] seed-stage and Series A [type opportunities] over time.

I’m an investor first and I have five portfolio companies, so the [NEA Design Studio] is a project that probably accounts for 10 to 20 percent of what I do. But it’s an important project of mine.