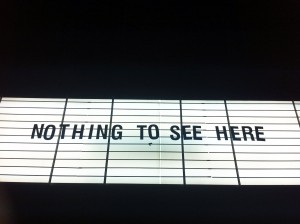 A week ago, the WSJ reported that Kleiner Perkins Caufield & Byers is investing up to $20 million in Snapchat at a $10 billion valuation as part of a larger round that the messaging app is assembling. The piece noted that just months earlier, DST Global had also quietly committed capital — at a $7 billion valuation.

The news generated a lot of chatter, with one piece in particular suggesting that Kleiner is part of a broader pump-and-dump scheme to keep valuations frothy until retail market investors are convinced to buy companies like Snapchat on the public market. (If Snapchat is eventually sold for top dollar to a publicly traded acquirer like Facebook and Google, that’s apparently just as pernicious as they, too, are partly owned by retail investors.)

It’s not the first time tech investors have been accused of looking to sell their shares to a greater fool. When it comes to Kleiner’s investment, though, the argument misses the mark. Kleiner’s motivations look simpler to me.

First and foremost, despite a recent string of exits for the firm, including Dropcam’s sale to Google, Kleiner is still seen as slightly out of touch compared with some of its Sand Hill Road peers. It nearly missed Facebook and Twitter. It bet heavily on Zynga. And it has parted ways with many of its younger partners, through attrition, downsizing, and a lawsuit, which probably doesn’t make it any cooler to young entrepreneurs (or younger LPs, for that matter). Some say that institutional investors are no longer swayed by the logos in a venture firm’s portfolio, but LPs don’t swoon over Kleiner like they once did. In this case, maybe Kleiner is hoping the logo makes an impression.

Another motivating factor might be Kleiner’s desire to acquire information rights to Snapchat. What direction is Snapchat moving toward? What new technologies is it developing that will change the face of mobile apps? Who is it partnering with and which startups might it acquire? While it might seem like general information, it puts Kleiner in the know and could help its portfolio companies, at least tangentially.

There’s also IRR to consider. Kleiner’s Snapchat investment might not generate a good cash-on-cash return for the firm, but it could turn into a high IRR deal if Snapchat sells soon, which seems as likely as any scenario given that it has virtually no revenue at this point. Even if an acquisition doesn’t do much for Kleiner’s overall fund, it’s always nice to have some flashy numbers to produce for potential investors.

It may be convenient to use Snapchat as an example of a bubble in Silicon Valley. But pointing to Kleiner’s role in Snapchat’s soaring valuation is giving Kleiner a bit too much credit. The reality is more mundane, as far as I can tell. Kleiner wanted to be associated with a high-profile deal and it was willing to get in at any cost. And it succeeded.