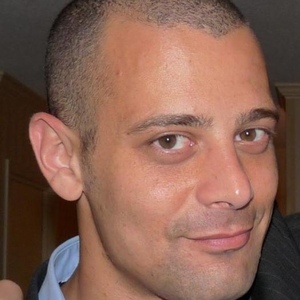 Investor Nazar Yasin has been traveling the world since he was a child. Born in Greece to a real estate and tech investor who moved his family to Cyprus, then London, then Los Gatos, Ca., it isn’t surprising that Yasin’s interest in global tech investing was kindled early on.

After nabbing an engineering degree, then dual JD/MBA, his first jobs were short-lived analyst and consulting gigs. In 2006, it was on to Goldman Sachs, where he eventually co-headed the firm’s European Internet coverage. Yasin then left in 2009 to become CEO of Forticom, a Latvia-based social networking business. “Everyone thought I was crazy,” he laughs. But Forticom was soon acquired by Russia’s Mail.ru, and Yasin was recruited by Tiger Global Management, where he led numerous deals, including in YY, a Chinese video-based social network that now has a $5.3 billion market cap.

Today, Yasin is still at it, except these days, he’s running his own investment firm, Rise Capital, which scouts out Series B-stage Internet deals in emerging markets and held a first close of $100 million on its debut fund in March. Last week, I met Yasin at his offices in San Francisco’s Ferry Building to learn more. Our conversation has been edited for length.

You had a plum job at Tiger. Why leave?

Over time, we’d raised a lot of money on the private side and started making later-stage investments. I wanted to stay in the same [earlier-stage spot where we’d started], so I left to start Rise.

Rise is writing checks of between $3 million and $7 million to startups in eight distinct emerging markets. Why base your operations in San Francisco? Are you interested in bringing your portfolio companies to the U.S.?

No, we have zero interest in that. Being a good tech investor often just boils down to being on the right side of change. And if there’s one place where change is happening faster than other places, it’s here. Just having friends, LPs, and colleagues out here who are working with some of the great tech firms helps us understand what the future is going to look like.

Alibaba represents the opportunity you’re chasing. Can you elaborate?

Once Alibaba goes public in a couple off weeks, there will have been half a trillion dollars of publicly traded market cap created by Internet companies in emerging markets. I’m not talking about private market valuations. I’m talking about stock that you and I can buy on exchanges like the NYSE. That’s half a trillion dollars of value that’s come out of thin air in the last five years, created by Internet companies located in emerging markets whose businesses cater to consumers in those markets. Most of Alibaba’s business is focused on Chinese consumers buying stuff in China. There’s so much opportunity for startups in India or Indonesia or Mexico or Brazil or Russia [to do the same].

Rise has invested in five startups, though it has disclosed just two: the Chilean insurance comparison site ComparaOnline and iROKO Partners, a Nigeria-based entertainment media distribution company. How do they fit into your thesis?

Alibaba accounts for 7.5 percent of retail — offline or online — in China. That’s the same market share as Walmart, though it’s taken Walmart 50 years and took Alibaba a decade. The reason is that in China and these other emerging markets, there isn’t as much offline retail. There aren’t as many things that look like Walmart or Target or Best Buy. There aren’t things like HBO. There aren’t as many banks. But whereas people’s ways to shop offline are limited, [online is a different story].

India is happening in a very big way right now. Lot of young companies are seeing a lot of traction right now. The same is true of startups in Brazil, Mexico, Indonesia, Nigeria and the broader Middle East. I’d say Russia and China are low priority.

China is lower priority primarily for valuation reasons. Valuations have grown very punchy over the last two years. In other markets we invest in, it isn’t uncommon to see companies doing $20 million in revenue that you can invest in at a sub $50 million valuation. In China, that company would be worth hundreds of millions of dollars.

Russia is a challenging market because its economy is dependent on oil and so more volatile than other emerging market economies. Its demographics aren’t as appealing as other emerging markets, either; you don’t have that tremendous combination of population growth and GDP per capita growth. In fact, it’s shrinking. And that’s important because there’s a lack of foreign strategics with an interest in Russia as a result, and if you’re an investor in a privately held company, you’re going to realize your investment through an IPO or M&A.

What would you consider to be significant scale for an emerging market company?

At $5 million in revenue, an emerging market startup is processing a lot of widgets. It has a lot of consumers. It’s typically in a market-leading position.

That’s when you try and step in.

Between the Series A — where you might see some local angel investors and VCs — and Series D rounds, where everybody and their mother knows about a company and the competition becomes quite fierce, there just isn’t a lot of capital. The companies aren’t quite as visible; it’s harder to identify the winners from the losers, and that’s where we feel like we have an edge. We’ve got a lot of relationships and a lot of data on these markets that we can leverage.