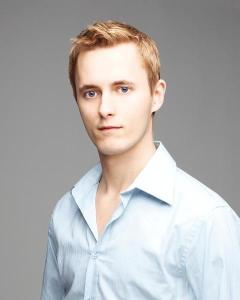 Some people think great hires come through networking. Hired, a two-year-old, San Francisco-based company focused primarily on technical talent, thinks much more of the process can and should be automated, and it’s seemingly on to something. More than 1,100 employers – from American Express to Secret — are now using its platform and it has facilitated more than $3.3 billion in job offers, it says. As tellingly, most of a $15 million round that Hired raised earlier this year remains untouched in the bank, according to the company.

Should boutique agency recruiters be nervous? Maybe. Many still use tech minimally, throwing people on phones and email, while Hired tries wringing every inefficiency out of the process through data analysis, providing high-touch experiences on top.

Certainly, it’s a big market to disrupt. U.S. companies alone pay out $124 billion each year to third-party recruiting services. We talked yesterday with Hired’s CEO, serial entrepreneur Matt Mickiewicz, to learn how he’s trying to nab a piece of that pie.

There are lots of recruiting startups. What are some big differentiators that companies and prospects should know about Hired?

We’re basically flipping the funnel. Traditional recruiters sell into companies and get client contracts. We’re focused on candidates and building a consumer brand, so when you’re ready for a new challenge, you come to us because you know you’ll get offers from a spectrum of companies with minimum fuss.

How are you reaching these elusive engineering job candidates?

How many candidates have you placed?

We don’t disclose that number but it’s multiple people per day.

How are companies paying you to find them?

There’s no initial cost for employers. It’s a pay-for-success model and employers can either pay 15 percent of [a new employee’s] base salary, which is typically around $20,000, or they can pay 1 percent per month [of that person’s salary] for up to 24 months, amortizing the cost across the life span of the employee.

That’s [roughly a third] more money for you.

In recruiting, traditionally, all the cost is front loaded, but the value is delivered over time. So if you’re growing fast and hiring 10 people a quarter, that’s a lot of money in up-front expense. With the 1 percent plan, companies can better manage their cash flows. It also aligns our interests. In the traditional model, if a person leaves after eight months, the company is still on the hook [for the recruiting fee]. If that happens with our model, the company [stops paying us].

What makes you so sure you’re finding the right matches?

We filter for quality – whether [candidates have] attended top schools, worked for top venture-backed startups, contributed to hackathons – and typically accept just 5 percent of applicants. We also screen for intent, meaning how likely it is that this person will go on interviews with companies based on how long they’ve been with their current employer, how realistic the candidate is . . .

Where is Hired today? Give us some metrics.

Six months after raising our Series A, we’re on an eight-figure annual run rate, which is crazy. Our employee count is 57 [up from 25 a year ago], and we’re now opening a new office every six weeks and becoming profitable [at that office] within 30 to 60 days. It’s a great product-market fit.

You have offices in in San Francisco, Seattle, L.A., and New York. Where do you go next?

We’re scaling out in the U.S. and internationally, so Boston is opening this month and we’ll be in London by the end of this year.

You talk a big game about customer service. What’s an example of going above and beyond for a job candidate?

If someone flies an engineer to New York but doesn’t reimburse that person right away, we’ll pay that bill ourselves.

You previously cofounded the fast-growing freelance marketplace 99Designs, among other companies. Think Hired will be the biggest company for you?

Yes. We’re solving a problem at scale and it works. We’re on a clear path to a billion dollars plus in revenue.