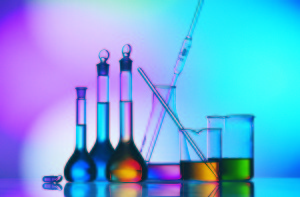 Steve Blank, a renowned serial entrepreneur who teaches at Stanford, U.C. Berkeley, and Columbia, used to groan that the government just didn’t understand entrepreneurship, particularly as it pertains to tech and life sciences startups.

That’s quietly beginning to change, says Blank, who traces part of the shift to a surprise call in 2011 from the National Science Foundation, the second-largest research organization in the U.S., with a budget of $7 billion.

Early that same year, Blank — incorporating some of the ideas of startup advisors Alexander Osterwalder and Eric Ries – had devised a course called the Lean Launchpad that dispenses with traditional business school teachings about business plans and instead pushes students out of the building. The idea is to get each student or team of students to write a business hypothesis; test that hypothesis in the real world by asking dozens of potential users, purchasers and partners for feedback; then iterate on their business idea based on that input.

Initially, Blank wasn’t sure how the experiment would turn out. He blogged about the process each week, though, and while he was winning converts at Stanford where it was first introduced, the NSF was also quietly following along from Washington. Indeed, recalls Blank, seemingly out of the blue, “[Errol Arkilic, then head of the NSF’s SBIR program] called me and said, ‘You’ve invented the scientific method for entrepreneurship. This is now understandable. You’ve cracked the code,’ Then he said, ‘How quickly can you prototype a class?’”

With the the help of numerous VCs and dozens of scientists, it took a year, Blank says. Since then, 400 teams of NSF-funded researchers have received nine weeks of training to help them evaluate their scientific discoveries for commercial potential. (Here’s one powerful testimonial by the chief of general surgery at UCSF, who says the course saved him from chasing down the wrong path.)

Beginning next month, the National Institutes of Health — the country’s primary federal medical research agency, with an annual budget of $31 billion that it spreads across the country – will begin teaching eligible NIH grantees the exact same curriculum. And the Department of Energy is next in line, adds Blank.

I ask Blank how he feels about his class beginning to figure into how tens of billions of dollars in research grants (potentially) become allocated. Blank, who is the son of immigrants and takes a teaching salary of $1 dollar a year (“I made a lot of money and teaching is how I give back to the country,” he says), sounds optimistic.

“Instead of VCs having to guess about markets and channels and product market fit, and scientists who don’t know what the hell a customer is, these scientists can now articulate arguments based on layers of evidence. It’s much different than, ‘Let me tell you about my lab creation.'”

Adds Blank, “It’s an enrichment program to get public investment matched with private capital more efficiently. How can you argue with that?”