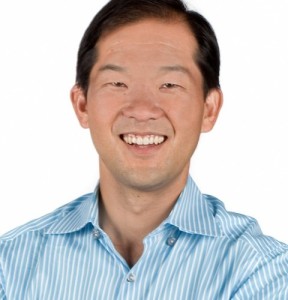 Partner Jon Sakoda of New Enterprise Associates, who co-heads the firm’s seed-stage practice, doesn’t know yet if it makes sense for NEA – which manages billions of dollars — to be dabbling with nascent startups.

Over lunch recently at San Francisco’s MarketBar brasserie, Sakoda spoke candidly of the firm’s concerns about “diluting the NEA brand and the experience that an entrepreneur has with an NEA partner. We didn’t want to emulate other models where you get a second-tier experience because you’re a seed-funded company versus a prime-time NEA company.” NEA’s limited partners also “question whether it’s a good use of our time,” said Sakoda between bites of his BLT. “If I’ve invested $2.5 million in other companies and $250,000 in these other companies, is it really worth my time to invest in what can be some very challenging times for these companies?”

Unsurprisingly, perhaps, NEA thinks the answer is yes. Out of 75 seed investments the firm has made since delving into the world of seed investing in 2011 — with 50 now far enough long to have either attracted follow-on funding, been acquired, or floundered – 25 have gone on to raise Series A funding, 10 of them from NEA. “It’s a little better than we’d thought” NEA would see on an overall basis, said Sakoda, adding that: “Of course, in five years, we’ll have to look and ask how much time we invested in these companies and whether we have enough meaningful returns. Because the Series A is not the end goal from our LPs’ perspective.”

Here’s more from our conversation with Sakoda, edited for length:

There still seems to be some confusion over whether it’s better to have a syndicate of investors, all of whom bring something to the table, or one or two investors who are more invested in a seed-stage company.

You could argue both sides, but our experience would suggest that it’s better to have a syndicate of investors and it’s also largely better to have an institutional VC because the startup’s likelihood of raising a Series A round is higher. Our own research shows entrepreneurs are 50 percent more likely to get funding from another firm if they take money from us.

So you don’t put much stock in signaling risk.

I joke that signaling risk was created so that angels could do no wrong. What’s the logic behind [thinking that if a] a high-quality institutional VC invests in your seed round, that somehow sends a negative signal? Some people think if that same VC doesn’t lead your Series A, then all hell breaks loose. And it’s true that when things aren’t going well, the investors in your syndicate aren’t likely to lead your Series A – but neither is anyone else.

When the going gets tough, we’re the first people to go into our pocketbooks and bridge companies and give them a second seed and give them a chance to survive. We’re the most supportive when things are going sideways because if you think about it, we’re investing in these long-term relationships.

I think it’s frequently the angel investors who aren’t doing this full time and don’t view this as a career investment in the individual who are the least likely to support these companies when times get tough. How can they? They don’t have the resources, they don’t have the time, they maybe have 50 investments.

They’d probably argue that you don’t have unlimited bandwidth, either.

Actually, we let any partner sponsor a seed investment and I’m one of two people [the other is NEA principal Rick Yang] who approves each investment. If I was sponsoring 75 investments, I’d be no different than angel investors. But I have 12 or 13 partners who are making five to seven seed investments over the course of a few years — maybe doing one or two a year — so they can spend as much time with the [seed-stage] entrepreneur as if they’d invested $5 million or $10 million. We want every partner to own the relationship with the entrepreneur. And we’re constantly paying attention to that. Are we doing too many deals? Are providing that same quality of service?

There’s a lot of competition for the best seed deals. Are you having to find new ways to reach entrepreneurs?

No, but we have had to be a lot more outspoken and public about what we do for our companies. People used to come to us, but in an environment where you have firms that are being much more outbound-oriented about promoting their services, we’ve had to rely on more active referencing for our network, including connecting entrepreneurs from our enterprise companies with CIOs and throwing events for our companies that need help with their marketing. In many ways, we’ve had to institutionalize things we were doing ad hoc because the industry grew more promotional about these services, and we’ve had to respond to that.

In some ways, being one of the largest and quietest players means we have a further distance to travel.