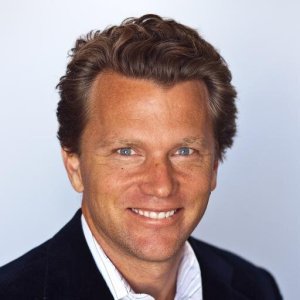 Hans Swildens is taking a break at his offices in San Francisco. “This is the first Monday in a long time that I haven’t been fundraising,” he says.

It’s easy to understand why he’s exhausted. Swildens’s 15-year-old investment firm, Industry Ventures, has raised one fund after another in recent years, closing on a $425 million secondary fund 10 months ago and its newest vehicle — a $170 million venture capital fund of funds – late last week. At least in today’s market, the fundraising has come easier. In fact, the newest fund’s predecessor was $70 million, and the predecessor to that fund was $30 million.

In conversation with StrictlyVC, Swildens talks about those funds, as well as what he’s seeing more broadly at Industry Ventures, which has assembled stakes in roughly 140 venture firms over the years (including True Ventures and Foundry Group) and developed one of the most intricate views into the startup ecosystem in the process.

Your newest fund will make direct investments in sub-$250 million venture funds. But you’ll also use it to acquire secondary stakes in small venture funds and to co-invest directly with your fund managers. How much of the fund do you think you’ll allocate to each?

It’s such a go-go market. When it comes to snapping up those secondary stakes, where are you finding LPs who want to sell their venture fund shares?

There are always investors who have to sell, though typically, it’s not the endowments or pension funds – it’s everyone else. We just bought two different corporations’ fund interests in two different venture funds. A lot of [sellers] today are individuals and family offices. Sometimes, [micro VC managers will] raise quickly between funds because they’re small and we’ll take half the [individual investors’] old commitment so they [have liquidity] to invest in the manager’s new fund, too. Compared with five years ago, there aren’t as many sellers, though.

Are you chasing after funds? Are they coming to you?

Eighty to ninety percent of what we do is proactive.

How do you decide what to pursue?

We have a relational database and we model the funds; we have a group of associates and partners here – almost 20 now. And we’re an LP in about 20 percent of the managers in the U.S. We have 140 venture firm stakes. And we get reporting on all of them every quarter, so we’re constantly looking at [that information].

What’s performing and what’s not performing, in your view?

Some say there are too many people doing seed and Series A deals – that things have grown crowded. But valuations haven’t moved that much in the last three to five years; they’re still in somewhat normal ranges. Late-stage valuations have become more inflated, of course. There are 45 $1-billion-plus companies [in terms of valuation] compared with four [in 2009]. So it’s a little trickier to buy into that market. If you’re buying into those deals, you have to have more conviction around what you’re buying. Our thesis is that it’s better to be in smaller funds that are shopping earlier.

What about your secondary funds, like your 10-month-old, $425 million fund – are you buying into more mature companies and funds with that capital?

We are, but our investment pace is about 25 percent slower than last year owing to us being more conservative about valuations. We’d started to bump into mutual funds and hedge funds that have come into the market with later-stage tender offers and secondary offers, and we decided not to compete head-to-head with them but maybe go a bit earlier in the cycle, writing smaller checks.

Your secondaries business involves buying employee shares. What’s that like these days?

The market has gotten much more complicated as it has evolved, with funds now exclusively doing loan deals for stock, companies that are doing tender offers, companies telling their CFOs to “work with these four parties” and if you aren’t on the list, you can’t get any information. That’s the bad. The good is that we’ve been in the market for more than a decade and everyone knows us, so we’ve been slotted into a lot of these [employee sale] processes.

What do you make of some newer funds that lend money to shareholders and employees rather than acquire their shares outright? Would you ever get into the business of loaning employees money against their shares?

We’d consider it, but our preference is to buy the stock. We’ve been doing this long enough to know that in good markets, loan structures work for both parties, but in bad markets, that’s not true, and three or four years from now, we don’t want regrets on either side.