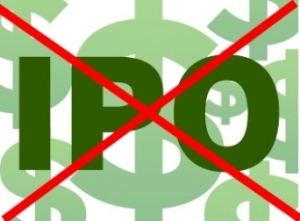 You may have noticed: The market has been hitting the skids as investors grow nervous over a broadening array of concerns from Ebola to expected interest rate hikes. In fact, as of the market’s close yesterday, U.S. stock indexes had fallen almost 10 percent since the beginning of last week — nearly enough to constitute an official correction.

Things aren’t looking so great for recent tech issuers, either. Despite their highly celebrated IPOs, the shares of Yodlee, Wayfair, Hubspot and even Alibaba are down from their first day “pops,” and that “doesn’t work for IPO investors,” notes Kathleen Smith, a principal of Renaissance Capital, which manages an exchange-traded fund that tracks recent IPOs. “All these IPOs are not showing post first-day performance, which makes it hard for [other, still-private companies] to come out.”

The IPO market is tied to the whims of the stock market, of course, but there are specific reasons that new tech stocks are sinking, says Smith. First and foremost, she says, the issue is linked to who, exactly, is acquiring new shares. “All this year, we’ve had a different set of buyers. It’s not the individual investors or small cap managers who, 10 years ago, might have talked up the stocks they were buying. They aren’t big commission generators for Wall Street, so it’s harder for them to get allocations,” she says.

Smith thinks new issuers have been pricing their shares too richly, too. “It’s all about price discovery,” she says. “Public market investors aren’t tolerating excessive valuations. If companies think they come out at high valuations and watch their shares continue to rise, well, we’re not in that kind of market.”

There’s also the so-called Alibaba effect to consider, notes John Fitzgibbon, founder of the research firm I.P.O. Scoop, which tracks IPOs. He compares the anticipation that surrounded the Chinese e-commerce giant’s September 19 IPO to what happened when both Facebook and Google went public, saying that in all three cases, public market investors have struggled with what next to get excited about. “The circus has left town,” says Fitzgibbon. “Alibaba was a one-day event. And now we’re back to the reality of the stock market, which is performing under the shadow of the [broader] stock market.”

Fitzgibbon characterizes the market’s recent gyrations as a “healthy, sobering pullback.” Stocks are “bought on hype, held in greed and sold in fear. That’s your cycle,” he says, while declining to speculate about whether investors are likely to buy, hold, or continue to sell in the immediate future.

Smith sounds more convinced that continued trouble lay ahead. “Private investors must be feeling nervous,” she says. “I know Box has talked about coming public. I see big companies in the pipeline. And a lot of them, I wonder about.”