Happy Thursday, everyone! (Web visitors, here’s an easier-to-read version of this morning’s email here. You might also just go ahead and sign-up.)

Apple is more than doubling its stores in China, CEO Tim Cook announced this morning.

No, angel investments I made prior to [creating Version One] have [been acquired] like Flurry [sold to Yahoo], but one rocket ship in our portfolio – [a consumer marketplace] that has raised an A and B round – hasn’t even announced [itself publicly yet]. 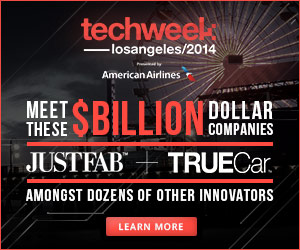 InSilixa, a 3.5-year-old, Sunnyvale, Calif.-based developer of a molecular diagnostics platform, has raised $13 million in funding from PointGuard Ventures and Morningside Group.

Kespry, a year-old, Menlo Park, Ca.-based maker of drones for commercial applications, has raised $10 million in Series A financing led by Lightspeed Venture Partners. The company had previously raised an undisclosed amount of funding from Chmod Ventures.

Moov, a year-old, Mountain View-based maker of a fitness tracker that can reconstruct users’ movements, helping them improve their form (theoretically), has raised $2 million in Series A funding led by the China-based venture firm Banyan Capital. Moov had earlier raised $1 million via a crowdfunding campaign. More here.

Mozido, a nine-year-old, Austin, Tx.-based company aiming to provide mobile financial, retail and marketing services to the millions of people without established banking relationships, has raised a whopping $185 million as part of a planned $400 million Series B round. The funding comes from MasterCard, Wellington Management, H.R.H. Sheikh Nahyan of UAE, and Tiger Management chairman and CEO Julian Robertson. Mozido has raised roughly $265 million in capital over the last 12 months and $307 million altogether thus far, shows Crunchbase.

Quartet Medicine, a year-old, Cambridge, Ma.-based company that aims to develop treatments for chronic pain and inflammation, has raised $17 million in Series A funding led by Atlas Venture, with Novartis Venture Funds, Pfizer Venture Investment and Partners Innovation Fund joining the round.

YouAppi, a three-year-old, Ra’anana, Israel-based company that makes engagement, acquisition and retention software for publishers and mobile apps, has raised $3 million in Series A funding from Glilot Capital Partners, 2B Angels and Flint Capital. The company has now raised $5 million to date.

Maverick Capital, the 21-year-old, New York-based hedge fund firm, plans to launch its first venture-capital fund on Jan. 1, according to WSJ. Maverick was founded by Lee Ainslie, one of numerous prominent “Tiger Cubs” who worked for Julian Robertson’s Tiger Management earlier in his career. Tiger, along with Coatue Management, are among a growing number of hedge funds to jump into active startup investing in recent years.

California’s privacy laws have saved Kleiner Perkins Caufield & Byers firm from having to release potentially embarrassing information about former partner Ajit Nazre, in a discrimination lawsuit by a former partner Ellen Pao, reports Reuters. A judge ruled KPCB will be able to keep private any other harassment complaints about Nazre, partly because producing such complaints would hurt the privacy rights of other Kleiner employees.

Sean Jacobsohn has joined Norwest Venture Partners as a principal. Jacobsohn was previously a venture partner at Emergence Capital Partners and, earlier, a vice president at the cloud collaboration company Hightail. In related news, Norwest, on Sand Hill Road, is now opening a San Francisco office.

Jon Sakoda, who joined New Enterprise Associates in 2006 and co-manages the firm’s seed investment program, has been promoted from partner to general partner at the firm. Before joining NEA, Sakoda had cofounded the enterprise instant messaging company IMlogic, acquired by Symantec Corporation. StrictlyVC had talked signaling risk with Sakoda over lunch last month.

Facebook CEO Mark Zuckerberg famously assigns himself annual self-improvement goals. In 2010, it was to learn to Mandarin, and judging by a 30-minute question-and-answer session yesterday at Tsinghua University in Beijing — which Zuckerberg did entirely in Mandarin — that year paid off. (Unsurprisingly, there’s still room for improvement. The Asia editor ofForeign Policy later characterized Zuckerberg’s Mandarin as “roughly at the level of someone who studied for two years in college, which means he can communicate like an articulate seven year-old with a mouth full of marbles.)

Castlight Health, the six-year-old, newly public company whose online application provides employees with personalized shopping tools for healthcare benefits, is looking for a VP of corporate development in San Francisco. (It’s probably worth mentioning that the company’s shares have been dropping like a spent rocket since its March IPO, but think of the upside.)

Have we reached peak Google?

Wired delves into Twitter’s audacious plan to infiltrate all your apps.

The latest in luxury travel: Moving in.

A 26-year-old woman from Sichuan Province in China spent an entire week at KFC lamenting her failed relationship. Said the woman, “I hadn’t planned on staying there long, I just wanted some chicken wings.”

Now you can be the most fashion-forward lumberjack in the forest.

Hemingwrite. We will take two, please.