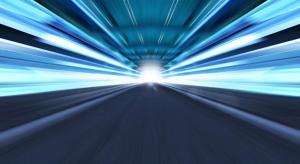 In a recent piece in TechCrunch, writer and investor Danny Crichton highlighted an emerging trend: that of investors treating A and B rounds more like mezzanine rounds when it comes to funding promising startups. Called the tendency “funding acceleration,” Crichton used Slack — an enterprise collaboration software startup that just raised $120 million at a $1.12 billion valuation — as a prime example. (Slack publicly rolled out its product just eight months ago.)

Yesterday, we talked with one of the industry’s most successful late-stage investors about whether or not the shift makes sense. The investor spoke candidly; he also asked not to be identified by name. (Apologies.) Our conversation has been edited for length.

Many VCs now subscribe to this “winner’s circle” theory that there are 15 or so companies formed each year that produce all the returns. Do you believe that?

I still remember seeing a report by Mary Meeker – then an equity research analyst – during the depths of the post-bubble recession that said only a few companies over the previous few years had really succeeded despite how many were funded. It wasn’t 15, though.

Well, that’s the number that Andreessen Horowitz often cites, which is tied to some earlier research of investor and entrepreneur Andy Rachleff.

Right. Andreessen Horowitz became the first to loudly declare that they wanted to be in the 15 good companies created each year, saying if you got into those companies, it would make up for all the others. But you’ll notice they quit that a couple of years ago; they’ve retracted from that and are now more focused on early-stage companies.

Marc Andreesssen told me about a year ago they had largely jumped out of late-stage investing, saying the firm was going to let the “hot money” do its thing.

And that was smart. If you look at the number of $3 billion-plus exits we’ve seen since the start of 2012 – and I say $3 billion because that constitutes a venture return if you’re investing at a $1 billion valuation – there have been 19 companies to go public or get acquired. Meanwhile, something like 60 private companies have been assigned $1 billion-plus valuations over the same period. If the flow at one end isn’t equal to the other end, you know something is wrong. Either the markets will be more receptive in future years, or there will be some disappointing outcomes.

There were seven tech IPOs in the third quarter. The markets aren’t wide open, yet there’s a tremendous amount of investing going on at high valuations.

Did you look at Slack?

We did. Slack is a really interesting collaboration platform. But as quickly as it’s become available — and people are adopting it very quickly — therein lies part of the longer-term risk. There have been dozens of collaboration tools to pop up because they’re easy to develop, and it’s easy to see what has worked in the past and improve on it. I think we’ll see a tremendous amount of innovation in the space. But people will use whatever is best at the moment. It isn’t like a viral network like Facebook or Linkedin, where everyone is using it and you can’t drag the network over to the next new product.

What do you make of the general idea that it makes sense to pay up early for a young company that looks to be taking off?

You see companies that have a great start, but that doesn’t predict ultimate high-valued outcomes. We don’t think it makes sense to [make a big bet] until you have an awful lot of things that are proven and visible: rapid growth, great margins, a sustained track record of performance, a tangibly large market. For every [online retailer] Zulily, there are several Fabs – companies that raised a lot of money and never quite delivered.

It’s troubling, what you’re seeing. It makes it very difficult for investors – and much less so for entrerepreneurs. We’re really out of balance right now, but this is a cyclical business. We’ll reach a point [as an industry] where several companies that are considered destined for success fail, then we’ll revert back to more proven ways.