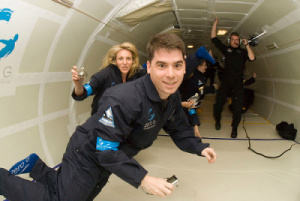 Sam Pullara has worn an awful lot of hats in his career. A staff engineer at WebLogic in the mid- to late- ’90s, Pullara went on to log time at BEA Systems [which acquired WebLogic, then sold to Oracle], Borland Software, and Yahoo, where over roughly three years, Pullara worked his way up to Chief Technologist. (He left a year later in 2010, as soon as his shares were vested.)

Pullara has also cofounded two companies and served as an entrepreneur-in-residence at both Accel Partners and Benchmark. In fact, it probably came as little surprise to those who know him when in 2012, Pullara, working as a senior infrastructure engineer for Twitter at the time, was invited to join Sutter Hill Ventures as a managing director. Last week, Pullara talked a bit with us about his latest adventure and how long he thinks he’ll stick around this time.

You’ve been a full-time VC for two years. Is the job what you expected?

It’s amazing. It is what I expected, which was a lot. It’s the last job I’ll have, which is surprising for me given my background, but the last two years have gone by super fast. Every day is interesting.

In addition to traditional things, like recruit for companies, Sutter Hill does what it calls origination. Can you explain to readers what that means?

The best example of what we do is Pure Storage, which my [Sutter Hill] partner Mike Speiser helped start when he was leaving Yahoo to come here. He worked with [founder and CTO] John Colgrove for eight months, trying to figure out the best company to start in flash storage. John started it and Mike joined as interim CEO as John built out the team. Then Aneel Bhusri of Greylock [Partners] did the Series B and the rest of that is going amazing. [Editor’s note: Pure Storage is now among the most richly funded companies in Silicon Valley, having raised $470 million since its 2009 founding.]

How is that model different from firms that help incubate companies?

Rarely do you see someone from [accelerator programs like] Y Combinator or Techstars join the [companies they help]. In fact, after Pure Storage, Mike went on to do another company that just came out of stealth, Snowflake Computing [a cloud data warehousing company that has so far raised $26 million, from Sutter Hill, Redpoint Ventures, and Wing Ventures]. Bob Muglia, who used to run Windows at Microsoft, is the CEO.

I’m on my third company. I’m the interim CEO of one of them. I was very active helping run product and engineering for one of them. And the third, I’ve worked with closely for product-market fit. I’m there [at the last] right now as we speak.

How big are these companies and do they leave you time to invest in companies where you don’t play an operating role?

You work 40 percent of the time on the companies you’re helping originate. One [of mine] has 12 employees, one has six, and the last has two, including me. I do have other investments. My first deal at Sutter Hill was in [an enterprise app studio called] Tomfoolery that sold to Yahoo in January. And I’m on the board of two other companies: Boxer in Austin [it makes a mobile e-mail application to access various e-mail accounts] and FoundationDB [which makes a scalable NoSQL database]. I was pretty skeptical about [the latter’s] strong claims, but when they came in, I realized I’d met the team when I was still at Twitter. I was like, Oh, wait, it probably does work.

In your own words, FoundationDB is a tool for building very high scale, fault tolerant, self-healing systems. Why is that such a big opportunity?

In my career, I’d seen tech shift from enterprise companies over to Web companies, and part of what I want to do is bring that back to ops infrastructure companies that offer some core of infrastructure as a service. It’s very different from lower-level applications that you see from Salesforce or Workday.

Why are you more interested in the “bottom of the stack,” so to speak?

I’m somewhat burned from offering tools to developers. My first company aimed to provide continuous deployment to developers, but it’s a tough business. I think these companies are super interesting and they enable a ton, but you have to be pretty clever to make them sustainable. Oftentimes, the biggest advantage you get from a developer-focused product is this ineffable quality of increased productivity, and people don’t pay for that yet. In fact, when someone comes up [to us] with an interesting developer tool, I try to tease out of them what’s the most awesome thing that someone could build with that tool — then I tell them to do that. [Laughs.]