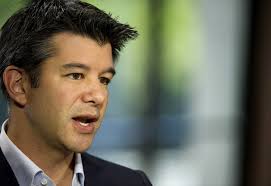 Some of today’s fastest-growing startups act as if they’re immune to bad publicity.

While Uber was in the news today for deciding to retain it senior vice president of business, Emil Michael, despite his veiled threats against a journalist, it’s hardly alone. This past May, when troubling, years-old emails by Snapchat CEO Evan Spiegel were leaked to the media, Spiegel issued a short public apology and then went back to business as usual.

Partly, today’s companies recognize that consumers and journalists have short attention spans. But today’s startups also realize that their window to succeed has never been smaller. As far as they’re concerned, nothing must get in their way.

A new report tries to quantify this situation. According to the Bay Area consultancy Play Bigger, those select companies that hit the big time are meeting major milestones (including $500 million, $1 billion, and $5 billion valuations) two to three times faster than they did roughly 15 years ago.

Indeed, poring over 500,000 venture-backed tech companies dating back to 2000, Play Bigger found that the winners founded between 2000 and 2003 took 8.5 years to reach a valuation of $1 billion, while a corresponding set of companies founded around 2009 and afterward have been hitting the same milestone in just 2.9 years. Similarly, startups founded in 2000 to 2003 took 4.5 years on average to reach a $500 million valuation, and companies founded in 2009 and afterward have been hitting the same target in just 1.6 years. The firm’s report is here.

The reasons for this hyper-growth aren’t surprising. Thanks to social media, word-of-mouth about products and services spreads faster than ever before. The costs of scaling have fallen dramatically with cloud services. Ubiquitous mobile devices mean global distribution is easier than at any time in history. And startups have a wider variety of funding sources.

Still, Uber and its brethren are making a mistake if they think their need-for-speed trumps good crisis management.

Yes, the startup world forgets many of these stumbles quickly, but the public markets are much less forgiving. And when the same company keeps experiencing one public relations disaster after another, one has to wonder whether there’s some sort of systemic problem.

Today, in pardoning Michael, Uber CEO Travis Kalanick tweeted, “I believe that folks who make mistakes can learn from them – myself included.” We hope so. Time will tell.