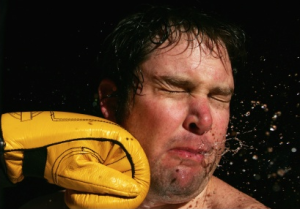 It would be a mistake to declare same-day delivery economically unfeasible because of eBay’s sudden ambivalence about it. It’s tempting, though.

The biggest hitch appears to be the limited base of customers who are willing to pay more for faster service. Bargain hunters on eBay may be especially averse to additional fees. (Only a fraction of a small retailer’s sales come from customers who also opt for same-day delivery, as Reuters noted last week.) The same seems true of Walmart, which launched its same-day delivery pilot program in 2011 and is still testing it in just three markets.

But they’re hardly alone. According to a recent business intelligence report by Business Insider, only 2 percent of all shoppers living in cities where same-day delivery is offered have availed themselves of the services. Meanwhile, 92 percent say they’re willing to wait four days or longer for their e-commerce packages to arrive.

Very possibly, not all of these consumers have been educated about the new offerings they could be using — dazzling applications through which workforces are now mobilized with a few taps of a smart phone. And same-day delivery margins are surely better than during the dot.com era, when companies like Webvan invested heavily in infrastructure.

Whether they’re good enough appears to be an open question. For example, even with an extremely efficient fulfillment system, the same-day delivery company Instacart marks up its goods meaningfully over standard grocery store prices.

Someone seems likely to figure out how to bring the various pieces together at scale. Uber, whose logistics system grows more sophisticated by the day, may be the strongest candidate for the job.

EBay has piles of data at its fingertips, too, though. That it’s cooling to same-day delivery after two years of experimentation — and planning to focus more on helping shoppers buy items online that can be picked up in stores — is worth slowing down to consider.