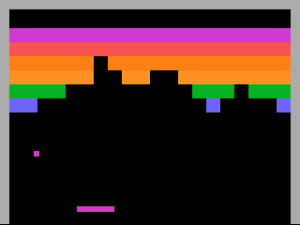 In recent years, it’s become the conventional wisdom that roughly 15 companies each year go on to produce all the returns in venture capital. Marc Andreessen was the first to make a very public case for the approach, citing the research of Andy Rachleff, who cofounded the venture firm Benchmark and who today teaches at Stanford and is the executive chairman of the investment firm Wealthfront.

“Basically, between roughly the mid-‘80s and the mid-2000s—a good cross-section of time across a couple of different cycles—what [Rachleff] found is that there are about 15 companies a year that are founded in the tech industry that will eventually get to $100 million in annual revenue,” Andreessen told me when Andreessen Horowitz was closing its first fund in 2009. “His data show that they [account for] 97 percent of all public returns, which is a good proxy for all returns. So those are the companies that matter.”

Interestingly, it’s hard to prove whether or not Rachleff’s findings still apply to today’s market. He never published the research, which he’d prepared for a speech. And he lost all of the data when his computer’s hard disk crashed in 2006, he once told me. When earlier this month, I asked him if he thinks today’s winner’s circle has changed in size, given falling startup costs and more ubiquitous broadband penetration (among other factors), Rachleff politely offered that he didn’t have time to explore the topic.

There is, of course, the oft-cited research of Aileen Lee of Cowboy Ventures, who looked at breakout companies last year and concluded that just four “unicorns” — or tech companies that go on to be valued at $1 billion or more — are founded each year. But Lee’s much newer dataset centered on U.S.-based tech companies that were launched in January 2003 and afterward. And comparing “unicorns” to tech companies that produce at least $100 million in revenue isn’t necessarily an apples-to-apples comparison.

Unfortunately, Lee didn’t respond to a recent request to discuss whether her findings and those of Rachleff are complementary or at odds. More recent research suggests that Rachleff’s research holds up, though. In an 11-page paper written last year, economist Paul Kedrosky found “there are there are, on average, fifteen to twenty technology companies founded per year in the United States that one day get to $100 million in revenues.” He added that the “pace at which the United States produces $100-million companies has been surprisingly stable over time, despite changes in the nature of the U.S. economy.” (It’s highly remarkable, in our opinion.)

Kedrosky added that the biggest “hidden changes” in the way U.S. tech giants are created is where they are founded, suggesting that if investors with big funds are going to chase after breakout companies, they’d be smart to cast a net far beyond Silicon Valley. Indeed, according to him, of the 15 to 20 tech companies to break out each year, just four, or 20 percent, are now founded in California, “usually.” In the 1990s, meanwhile, California’s share of $100-million technology companies was roughly 35 percent.