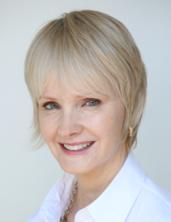 Judith Elsea, a cofounder of the Palo Alto, Ca.-based venture fund-of-funds Weathergage Capital, has been a proponent of micro-VC funds since long before the term came into fashion.

We caught up last week to talk shop, during which time Elsea was fairly candid — except about whether eight-year-old Weathergage has sealed up a third, $200 million fund that the firm set out to raise 10 months ago. (Weathergage closed its first, $250 million vehicle, in 2007. It closed a second fund with $182 million in 2011.)

Weathergage invests in growth equity funds and venture capital, including micro VCs. On a percentage basis, much do you allocate to the last?

Micro VC is part of a larger practice. I couldn’t share how big a part, but we’re one of the pioneering investors in micro VC and we’ve increased our exposure over time. We saw that it was much easier and cheaper to start a company and that you could do a heck of a lot more at the product-market fit level with a lot less money. We saw the opportunity, but we didn’t know if we’d see investors set up much smaller size funds to capture entrepreneurs at that point in their companies’ development. But it happened that we did and we were fortunate to invest in some really talented investors.

I remember when Mike Maples — who you’ve backed — was starting out in 2006 with $15 million from 10 individual investors.

Many institutional investors and our peers in our general ecosystem thought we were half crazy for allocating some our capital to this area. But as time has gone on and returns have rolled in and been quite good and competitive, it’s attracted more investor interest and become a lot less of an oddity.

Still, no one knows yet quite how they’ll do.

The primarily characteristic of the performance so far is a large number of M&A and early exits. So you might say that’s an artifact of the current market. But that doesn’t mean they haven’t achieved exits fairly quickly and at fairly attractive multiples in aggregate.

I don’t know how much time it takes to prove a model – probably longer than we’ve seen in micro VC. But for the best-in-class managers, they seem to have found a nice niche in the VC ecosystem. We certainly see their companies getting sponsored by the best venture funds with great regularity. We see them getting attractive exits. To the extent that the funds aren’t fully liquidated yet, you could say they’re unproven. But you could say the same of any VC firm in last five years.

Do you care how much of the fund GPs contribute from their own pockets?

We’re looking for GPs to be committed in every way to the success of their endeavor. Sometimes that takes the form of capital commitment; in all cases, it’s the time and attention that they spend on their companies’ behalf. Especially in micro VC, where people have probably had some success in their previous lives but are raising very small funds, we don’t have a tendency to be dogmatic [about how much they kick in themselves].

As more funds compete for the attention of LPs, they’ve become increasingly specialized. Is that an effective strategy? Do you invest thematically?

We do, but we don’t express it by sectors. We have views on life sciences, for instance, so because we’ve been quite bullish on that area, we have sought out exposure to best-in-class life sciences managers. But we haven’t really gotten down to the level of saying, We need more Internet-focused managers. The investment opportunity is too dynamic.