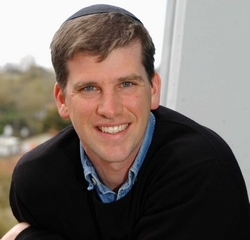 If you’ve ever done an Internet or software venture deal in Israel, you probably know Michael Eisenberg. He started off in the industry 20 years ago, working first as a general partner at Israel Seed Partners, then spending nearly a decade with Benchmark, which he left last year to launch Aleph, an early-stage firm he cofounded with operator-turned-investor, Eden Shochat.

Eisenberg also spends plenty of time in the U.S., to visit Israeli founders who’ve relocated here, as well as to help recruit for those of his portfolio companies that are staying put back home. In fact, the busy father of eight happened to be in New York yesterday; in between meetings, we chatted by phone about Israel’s current startup scene and what he’s seeing there.

You invest exclusively in Israeli startups, though you’re in the U.S. fairly often. What percentage of your management teams have moved here?

Probably half, with the other half still in Israel.

Has that number changed much in recent years?

If anything, we’re seeing more Israeli entrepreneurs decide to stay in Israel. With the development of the web and the ability it affords founders to market their products from anywhere, entrepreneurs no longer need the same degree of in-market presence.

You closed a debut fund of $140 million last year, with a side fund of $14 million. How much have you invested so far, and what size checks are you writing?

We’ve invested about 25 percent of the fund. We’re writing Series A checks of $2 million to $5 million. Half the deals are syndicated; the other half, we’ve done ourselves.

According to IVC-Online, the pace of investment in Israeli startups was up in the third quarter — this despite the Gaza conflict.

I’m not sure there’s any rhyme or reason for it, but the pace of innovation in Israel exists outside of the regional economy and regional politics. At the end of the day, innovation is very scarce. You can find it in pockets of New York and Shanghai and London, but it’s mostly in Silicon Valley and Tel Aviv, and as more industries are subject to innovation, investment is Israel is inevitably going up.

We hear that local firms are getting sidelined, that multinational firms like Bessemer and Benchmark have a major and growing competitive advantage right now.

There’s definitely brand value to international firms like Benchmark, as I experienced. And most of the Israel firms haven’t built their brand over time. But reputation is earned. It’s not bought. What entrepreneurs learn is that an individual is more important than the firm.

Eden and I have spent a collective 40 years building relationships. We both travel every third or fourth week. I’ve logged more miles than any VC in Israel. Just because you’re the Israeli partner of a U.S firm doesn’t mean you have the relationships needed to help a company.

Are you seeing more Chinese investors in Israel? Baidu just made its first investment in an Israeli startup called Pixellot, which seems notable.

Over the last 12 months, we’ve seen many more Chinese investors come to Israel, which is a good thing. Chinese investors have [backed] Israeli venture firms, including Pitango [Venture Capital] and Carmel [Ventures], but they’re starting to invest directly in technology as well because the East is such a big market.

Credit Suisse is reportedly interested in investing in Israeli startups for clients of its wealth management business. Is that a worrisome indicator?

There’s generally been a big move by financial institutions in the U.S. and Europe into Israel. Citigroup and Barclays and others have set up tech centers and innovation labs. Especially around financial technology and security, Israel is a great place to go. I’m just not sure there’s enough engineering talent for everyone who wants to move into the market.

Valuations in Israel aren’t as out of whack as they are in the U.S. It’s a much more disciplined market that seems to remember what downturns look like. At Aleph, we have a policy of straight-up flat term sheets, too. That’s something I learned at Benchmark.

Aleph also has an equal partnership model like Benchmark’s, with the carry split evenly. I often wonder why more firms don’t do the same.

It makes a lot of sense. It kills all the politics. Partners at Benchmark help each other tirelessly. But it’s inherently difficult to scale — to be able to find someone who provides as much value [as everyone else], and I think firms are daunted by that. You just have to rise to that challenge.