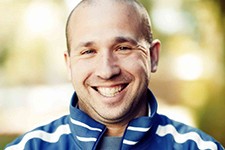 Saar Gur joined CRV in 2007, though Gur was well-known in startup circles long before diving into venture capital, partly because of his early involvement in companies like Carebadges, which made a flash fundraising widget and was acquired by Facebook Causes, and the Internet video advertising network BrightRoll, which was acquired last month by Yahoo. We recently caught up with Gur — who focuses on consumer Internet investments for CRV — to learn a bit about how the firm sees the world as it heads into 2015.

Some long-established venture firms still appear to be struggling with how to market themselves. Is marketing something you and your partners wrestle with? I should note that this Q&A was my idea and not yours.

CRV was one of first venture firms to focus on seed investing. Is that still the case today, or has firm’s strategy changed?

Over 90 percent of our investments are seed and Series A. We invest at this stage as we really enjoy being partners with our entrepreneurs throughout their company’s journey, starting as early as possible — often at the idea stage. There was a time when our seed program included investing small amounts of $50,000 to $100,000, but we no longer do that. Today most of our seed investments are in the range of $500,000 to $3 million, and we treat them as significant investments. We often take board seats of these early companies and work hard to help turn them into meaningful companies. Many of my recent consumer investments started with a seed investment, including Viki (sold to Rakuten last year), Doordash, and Patreon.

One of the companies you helped start — BrightRoll — just had an exit. Tell us a bit about the story, as well as the tough lesson you learned from it.

I will start by saying that there are 10x entrepreneurs, and [BrightRoll founder] Tod Sacerdoti is one of them. BrightRoll was a story of day-in and day-out execution for many years. There were no great network effects or unfair advantages afforded to the company. They just had to execute every single day for a long time. There were many lessons that I gained from the experience but primarily it reinforced my belief that great entrepreneurs, more than anything else, are the key ingredient in the startup success equation.

Of all the new platforms being built upon — drones, virtual reality, bitcoin, crowdfunding, robotics/autonomous driving — where would you place a bet as to what will hit the mainstream market first?

We think many of these areas will continue to grow, but I spend a lot of my time trying to think about the catalysts that will create non-linear accelerated adoption of these technologies. In terms of specifics, I guess it depends how you define “mainstream.” Of the technologies you mentioned, millions of consumers have participated in crowdfunding campaigns, and this is the one that’s probably closest to touching hundreds of millions of users before the others. At the same time, robotics/autonomous driving has already reached massive scale. Granted I am not talking about fully-autonomous self-driving cars. Often technology gets implemented in incremental steps and it seems to me that “smart” cruise control and reverse back-up alerts are pretty mainstream in newer vehicles at this point.

On this topic of “mainstream,” I think we see a similar analogy in hot VC words like drones, bitcoin, and artificial intelligence. Often the implementation of a technology occurs in a non-obvious way. For example, many folks say “AI” is not yet mainstream, but it turns out that one of the most widely adopted implementations of AI is the auto-focus technology that’s incorporated in every smartphone camera and that has enabled the common person to take much better photos than ever before. All of these areas are very exciting and we’re actively looking to invest in them.

I’m sure you and CRV are asked often about how folks can crack into venture. What advice would you give new college graduates and others who are interested in venture capital?

It’s hard to enter the venture business as a young person. It feels to me that many firms will recruit based on:

1) Network – e.g., you went to Stanford and seem connected to many potential founders, or you worked at a company like Facebook that will produce new company founders. This is why we often recommend that young people go and work in companies that will produce great people networks if they want to do venture.

2) Unique domain expertise. You may be the leading drone expert at 18 years old, or be an expert in bitcoin at 16. Either way, if you have a unique domain experience and network in an area of venture interest, it can help.

3) Analytics. If you have a demonstrable track record showing innate curiosity in tech startups and/or an ability to get up to speed on a market and form a unique point of view, that might make you more attractive.

Semil Shah is a guest holiday contributor to StrictlyVC. Shah is currently working as a venture advisor to two funds, Bullpen Capital (which focuses on post-seed rounds) and GGV Capital (a cross-border U.S.-Asia fund). You can follow him on Twitter at @semil.