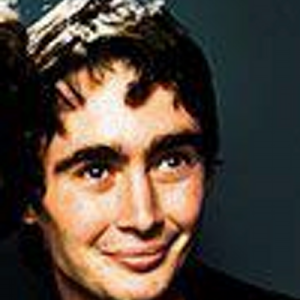 Abie Katz, 24, is halfway through his second week as an associate at the tony Sand Hill Road firm August Capital. Why is that notable? Well, for one thing, the 20-year-old venture firm doesn’t really hire associates. Also, despite his age, this isn’t Katz’s big break into the venture world. He has already spent more than two years at the associate level, having joined the seed-stage firm CrunchFund in 2012.

Katz has also managed to attract profiles in Wired, which likened him to Mark Zuckerberg in 2008 just two months after he’d cofounded a company, and TheNextWeb, which later reported on his decision to leave college to become a venture intern. (That’s a feat. No offense to interns, but who write about interns?)

What is it about Katz? We talked with him last week to find out. Our chat has been edited for length.

How does a 17-year-old student with a fledgling company get compared to Mark Zuckerberg in Wired?

That was the greatest fluke of my life. The business that [reporter Brian Chen] wrote about never ended up launching. We just hit it off and he decided to interview me and gave [the story] an inflammatory headline that was very positive — though undeserved. I thought the press might be helpful. It was so many years ago now, it’s more of an artifact.

Nothing relating to you is an artifact yet. But what is it about you that so enchants reporters? Why did TheNextWeb care that you were leaving college? Why am I interviewing you right now?

[Polite laughter.] I met [TheNextWeb] reporter at [TechCrunch] Disrupt. I asked for directions and we ended up getting dinner in a group and she thought that I had an interesting story.

For the most part, I like to be more behind the scenes in venture capital. I’m still new to my career and realize I have a lot to learn. I also think entrepreneurs should really be the center point for mass media. But I’m glad that things like StrictlyVC are out there because I think it’s a really interesting industry.

How did you break into VC as a college drop-out?

I went to college for a one-and-a-half years at Claremont McKenna College, then took some time off to intern at a [San Diego startup]. I’d find small business initiatives that weren’t in anyone’s purview and [try making something happen]. I [later] reached out [Merus Capital cofounder] Sean Dempsey, a Claremont alum, and offered to do free diligence work up in San Francisco. He had me look at three companies, I worked as hard as I could and tapped into whatever network I had at the time, and Merus decided to bring me on as an intern.

Did you think about finishing up your degree?

After about six months, Merus encouraged me to go back to school but the next semester, I heard that CrunchFund was looking to hire an intern. I’d met [CrunchFund cofounder] Pat Gallagher while at Merus; he and [partner] Mike Arrington are also Claremont alums, so I came back to San Francisco for the summer to work for them. I thought I’d be with the firm through the end of 2012 as an intern . . . Thankfully, they thought it was a good idea to bring me on full-time.

How does one start drumming up deal flow from scratch?

It really helped [to have] the network and reputation of CrunchFund. I was able to tap into the partners’ networks and, over time, build my own. I also relied on a combination of AngelList and working with accelerators and going to demo days. The rest was a hodgepodge of more thesis-driven research, where I’d do a deep dive into an industry to learn about specific white spaces and just read a lot.

You say you sourced 21 investments for CrunchFund over two-plus years, including the startup Kinnek. Now you’ve been recruited into August, a very different firm.

Yes, and I’m taking in as much information as possible and trying to get familiarized it. There are definitely differences between the firms in terms of the style of investments they make and their size. CrunchFund has a model similar to SV Angel: a small team making about 40 investments a year through checks that are typically between $100,000 and $250,000 and occasionally as much as $1 million. August is more traditional, with a long history of leading rounds and being very hands on. It’s a different style.

In the venture business, especially coming from a nontraditional background, you need to find that unorthodox foot in the door. From there, things can kind of snowball.