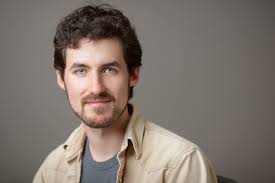 Move over Bay Area hardware outfits. There’s a shiny new player in town called Bolt, and it has some creative ideas about how to win over hardware entrepreneurs and co-investors alike.

A new, $20 million machine shop on a pier along San Francisco’s eastern waterfront should help. So should a $25 million new venture fund, care of some powerful limited partners, including Cisco, Logitech, Autodesk, and the robotics-focused venture firm Grishin Robotics.

It’s a big step up from its start in Boston, where Bolt was founded two years ago with just $4 million — money it has stretched across 18 companies. Each has received an initial check of around $100,000, engineering and business help, and unfettered access to Bolt’s 10,000-square-foot downtown digs, replete with metal-working, plastics, electronics, wood-working and 3D printing equipment. In exchange, Bolt has taken stakes in the companies ranging from 8 to 15 percent in common stock.

Now, the firm is super-sizing the operation. For one thing, founder Ben Einstein – an amiable design engineer who’d previously run a design consultancy — says Bolt will begin writing initial checks in the neighborhood of $500,000.

Bolt, which is co-managed by former Atlas Venture partner Axel Bichara, is also hiring a team of 10 full-time engineers in San Francisco to work with the startups it funds. “In our [new] machine shop, you’ll find mechanical, electrical, embedded, prototyping, manufacturing – all types of engineers whose sole job is to help our portfolio companies,” says Einstein.

“Bolt is a little like if IDEO [the industrial design company] and a venture firm had a baby,” he adds.

A third “special partner,” Scott Miller, who founded and runs Dragon Innovation, a Cambridge, Ma.-based manufacturing services firm, makes Bolt’s proposition all the more compelling. Dragon is the manufacturing partner of many young hardware companies, and any company that Bolt invests in receives automatic access to those same, well-oiled services.

Given so many bells and whistles, it’s easy to imagine why top co-investors might see Bolt as a useful syndicate partner. Now, the young firm just needs to build its track record.

It’ll happen through connected devices and, more specifically, the subscription businesses that come with them, says Einstein. Petnet, among Bolt’s portfolio companies, is a prime example of how. Though Petnet makes a pricey “intelligent dog feeder” that alerts pet owners when their pet has eaten, it also sends those customers fresh dog food via a monthly service plan.

Occasionally, companies create breakout brands without a subscription business, Einstein notes, but “those are incredibly rare, and you can typically only dominate a category for a year or 18 months.”

After that, he says, “companies with deeper pockets start to manufacture it faster, cheaper and better than you. Then you’re in trouble.”