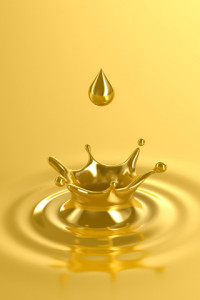 Last year was a great time for venture capitalists and their investors. According to the deal database Pitchbook, U.S. venture firms saw a record $78.4 billion in exits across 845 companies, up from $39.5 billion in 2013. In fact, compared with the industry’s most recent nadir in 2009, when VCs saw just $14 billion in exits, it was a flat-out bonanza.

Don’t expect all that liquidity to transform into more venture jobs, though — so says Jon Holman, an executive recruiter who has specialized in CEO and GP searches for more than 30 years, including for firms such as Accel Partners and Sequoia Capital.

Here’s why: While all this recent liquidity has goosed the industry’s returns, its overall numbers are still nothing to crow about, particularly given the outperformance that VCs promise their investors. According to the National Venture Capital Association and Cambridge Associates, venture capital bested the DJIA, Nasdaq Composite, and S&P 500 during the last year, but it has tied or been beaten by the indices over the last three and five years.

Venture has more powerfully outperformed some of those same indices over the last 10 and 15 years. But because the public pension funds, endowments, and foundations that pay the industry’s tab aren’t keen to wait for meaningful returns, many are pressuring firms to at least lower their fees (which are typically 2 percent on committed capital and 20 percent carry on any profits).

Says Holman: “It may not be happening to Sequoia, but damn near everybody else is under pressure in terms of their fees and carry.”

Holman says that he does “have the vague sense that there are more associates and [other junior employees] than they’re used to be.” But he says he doesn’t expect that many or most will eventually become general partners, as was once the case at venture firms. “I think now there are more associates who don’t get any share of the carry; that’s how some firms are [maintaining some of their former staffing levels].”

Certainly, it’s worth drawing a distinction between traditional venture firms and other, newer types of firms, including many seed-stage firms that have launched in recent years and are typically run by a former entrepreneur or operator with some help from more junior staffers.

Still, firms that have been around a cycle or two are not hiring aggressively, and that’s not likely to change, suggests Holman.

“Yes, some investors are having nice returns because of these ‘unicorns,’ but that won’t keep up,” he says. “Only crazy people think it will keep up. This is an asset class, and all asset classes wax and wane.”