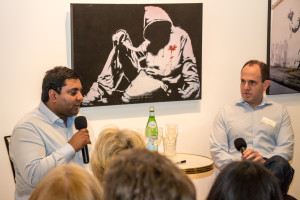 Last week, at a StrictlyVC event in San Francisco, investor-writer Semil Shah interviewed Keith Rabois of the Sand Hill Road firm Khosla Ventures. There, he asked Rabois how Khosla manages its multi-stage approach, and whether Rabois anticipates that more firms will raise different-stage funds to capitalize on today’s go-go market.

Rabois — who speaks at a rapid-fire clip that keeps listeners on their toes — made several interesting observations, most notably that investing across stages is a very tricky business that, done properly, involves different teams, different skills, different compensation, and different bets.

Perhaps unsurprisingly, he thinks Khosla Ventures has the model down.

Noting that the firm has a seed fund (“a very large seed fund, [at] $300 million plus,” he said), as well as a “main” fund that has historically been roughly $1 billion in size, he went on to explain that Khosla’s seed fund “isn’t necessarily designed to do the same things the main fund is designed to do. The seed fund is designed to take risky experiments and provide capital to entrepreneurs who want to prove things and validate that something is technically feasible . . .” Meanwhile, he said, the main fund is “not a growth fund,” but rather a “standard venture fund” that invests in standard Series A and B deals.

It’s an important distinction, he implied. It minimizes the potential for the conflicts of interest that can arise with the new breed of growth funds to be raised in recent years by Union Square Ventures, Foundry Group, Spark Capital, and Greycroft Partners, among others.

Said Rabois: “What I detect from other funds is everyone is trying to raise a growth fund. Everybody who is a good Series A or Series B investor is like, ‘Wow, we have great asymmetric information about how well these companies are doing. Wouldn’t it be great if we could invest more money and take advantage of that information and of that relationship with the entrepreneur?'”

It’s an understandable impulse, he said. Investors have long resorted to special purposes vehicles, which are time consuming and can be “painful” for the entrepreneur left managing his or her increasingly complicated cap table. But Rabois also warned of conflicts of interest, pointing to the storied firm Sequoia Capital to illustrate his point.

Sequoia “fundamentally [does] Series A and Series B [rounds], and they do Series A better than anybody else and have for a very long time,” Rabois said. But Sequoia’s growth-stage fund, which typically invests between $10 million and $100 million in companies, has “now cherry-picked a couple of those [early-stage] investments,” including, most famously, the messaging app WhatsApp.

That investment proved highly lucrative for Sequoia and its limited partners. In fact, WhatsApp’s exit last year was the largest ever for a still-private venture-backed company. (Sequoia invested $8 million in the company in 2011, then elbowed aside other investors to sink another $50 million into the company in 2013.)

Still, “if you do that too often,” Rabois continued, “no one wants to fund your companies because they see your selection bias. It’s the same signaling problem [that can plague earlier-stage companies] just applied [to maturing companies]. It’s very challenging to run a true growth fund and a Series A fund and fund some [of your startups] but not all, or fund X percent but not Y percent, without people reading into it.”

Obviously, said Rabois, “If Sequoia thinks a company is amazing, they’ll proactively offer from their growth fund to double down on it,” he continued. But “if they don’t, maybe I should be reading into that when I get an introduction from them to a Series B [deal]. Maybe I should be cynical about what’s going on at this company [laughs]. Why are you sending it to me? Why aren’t you funding it yourself?”

Before moving on to another topic, Shah asked Rabois if it were any less dangerous for larger funds to “move down the stack” and invest in younger companies than they’ve traditionally funded. The hedge fund Tiger Global Management, for example, has recently led a number of Series A deals, including, most recently, in the India-based news aggregation startup News In Shorts.

Rabois’s take: “I’m not sure it’s going to turn out that well. Early stage is just a very different skill set. Later stage is more science and early stage is more . . . I don’t think you can use metrics to assess most seed and Series A investments. The [metrics] just don’t exist, and you’re kidding yourself if you think that they do in any statistically valid way. You might be able to tease out something from some cohort, but [that’s it].”