Britain’s electronic spying agency, in cooperation with the NSA, reportedly hacked into the networks of the world’s largest SIM card maker in order to eavesdrop on mobile phones worldwide. The Intercept has a bombshell report about what’s gone on here.

Last week, at StrictlyVC’s inaugural event, AngelList cofounder Naval Ravikant joked about the trials and tribulations of entrepreneurship. He also gave those gathered a comprehensive look at the near-term future of AngelList, a fast-moving, 22-person, San Francisco-based company that’s perhaps become best-known for its pop-up venture funds called Syndicates that allow angel investors to syndicate investments themselves. Indeed, according to Ravikant, more than 243 companies raised $104 million through the platform last year, making AngelList the “largest seed fund in the world.” And AngelList is hoping to double or triple those numbers this year.

No. In the entire history of AngelList, we’ve never had a single related case of fraud or a lawsuit threat. We follow the rules, we have a no-action letterfrom the SEC, we have disclaimers, we’re trying to deal only with sophisticated people. This is America, and anyone can sue you and someone eventually will. But so far so good.

For much more on AngelList, and its next moves (including, potentially, into secondaries), click here. 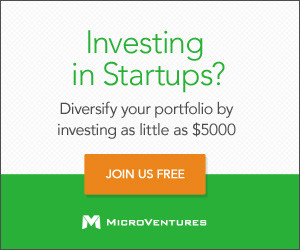 ContaAzul, a four-year-old, Joinville, Brazil-based maker of SaaS accounting and invoicing software for small and mid-size businesses, has raised an undisclosed amount of Series C round of funding from earlier backer Ribbit Capital, with participation from Tiger Global Management and other previous investors, including 500 Startups, Monashees Capital, and Valar Ventures. ContaAzul hasn’t disclosed the amount of any of its rounds.

Practo, a nearly seven-year-old, Bangalore, India-based platform used to find and book doctors’ appointments, has raised $30 million in Series B funding from Matrix Partners and earlier backer Sequoia Capital, which had provided the company with $4 million in Series A funding in 2012.

Sqrrl Data, a 2.5-year-old, Cambridge, Ma.-based company whose database detects and responds to cybersecurity threats, has raised $7 million in Series B funding led by Rally Ventures, with participation from earlier backers Atlas Venture and Matrix Partners. The company has now raised $14.2 million to date, shows Crunchbase.

Synack, a two-year-old, Redwood City, Ca.-based security startup that takes the concept of bug bounty programs at big companies and makes them more widely accessible via a network of freelance security researchers, has raised $25 million in Series B funding from GGV Capital and Icon Ventures, bringing the two-year-old company’s total funding to $34 million. Forbes has more here.

Moneta Ventures, a Folsom, Ca.-based venture fund, has closed its debut fund at $25 million, with help “in the low millions” from entrepreneur Kevin Nagle, part owner of the NBA team the Sacramento Kings. Moneta, which focuses on Sacramento-area startups, was founded by Lokesh Sikaria, a technology entrepreneur who’d earlier cofounded Sparta Consulting. That company sold for $38 million in 2009 to India-based KPIT Cummins Infosystems. The Sacramento Bee has more here.

Twilio hasn’t set a date for an IPO yet, but the eight-year-old company — which sells an API to developers who want to add call, voice, text and picture messaging to their apps and that logged $100 million in revenue last year — tells Venture Capital Dispatch that it’s putting the necessarily internal processes in place. Twilio has raised $104 million from investors, including Bessemer Venture Partners, Redpoint Ventures, and Union Square Ventures. It was valued around $500 million during its last funding round in July 2013.

Exclusively.com, an India-based online luxury fashion business, has been acquired by the e-commerce giant Snapdeal for an undisclosed amount. Exclusively was originally acquired by Snapdeal’s rival Myntra in 2012 but Myntra reportedly sold back its entire stake in the company to its founder, Sunjay Guleria, the following year. Under the partnership with Snapdeal, Exclusively will continue to function as an independent site. MediaNama has more here.

GoPop, an eight-month-old, San Francisco-based startup whose app stitches together media into animations, has been acquired by BuzzFeed for undisclosed terms.

CB Insights has just published an extensive review of 2014’s financing activity to venture-backed European tech companies. You can check it out here.

Exploding Kittens, a simple card game that sees players draw cards until someone draws an exploding kitten card, sought $10,000 on Kickstarter. Instead, it has raised $8,782,571, breaking every record on the platform to date.

Why men often think women are flirting with them.

Game of Thrones action figures. For the kids, of course.