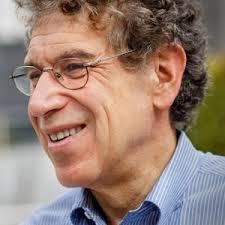 It used to be that institutional investors wanted to see a long and fruitful relationship between VCs looking to create a new fund together. These “emerging managers” would need that established chemistry to take on entrenched firms, went the conventional wisdom.

If that thinking persists, LPs made an exception for Zetta Venture Partners, a San Francisco-based early-stage firm that specializes in data analytics startups and closed its debut fund with $60 million last month.

The firm pairs veteran venture investor Mark Gorenberg, long of Hummer Winblad Venture Partners, with Ash Fontana, a former banking analyst and entrepreneur who most recently worked at AngelList, where he launched online investing and created the first startup index fund to enable the platform’s users to invest in a basket of nascent startups.

The two “met through a friend” says Fontana, adding that “we live across the road from each other, too, as it turns out.”

Of course, there’s much more to the partnership, new as it is by traditional standards. The two have strong ideas about the future of data analytics for one thing, says Fontana. They also have highly complementary networks. Says Fontana, “Mark has fantastic deal flow with entrepreneurs like Josh James,” who cofounded the successful web analytics company Omniture before creating the business intelligence company Domo in late 2010. The company, which Gorenberg backed in 2011, has since raised $250 million from investors.

Fontana, meanwhile, has deal flow from the thousands of entrepreneurs he’s been 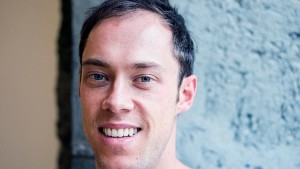 interacting with at AngelList in recent years, he notes.

He also knows better than almost anyone how to sift through and capitalize on AngelList’s various products, including its jobs platform, which features more than 150,000 candidates, and its company search tool. (“Simply tagging your customers” on the platform can send a widespread message to interested parties and drive sales, Fontana says.)

As for whether the duo will elbow any of Zetta’s deals onto AngelList’s Syndicates platform for the purpose of gathering additional co-investors, that’s not necessarily likely right now, both say. “We’ll be more of a traditional fund focused on the analytics space,” says Gorenberg, “meaning we’ll mostly be the largest shareholder, though we’ll also be leaning toward the idea of syndicating with others. We want to play well with the industry.”

Gorenberg points to the Zetta portfolio company EventBoard in Salt Lake City, Ut., which is trying to reinvent the way meetings are run and facilities should be designed. Zetta led the two-year-old company’s $1.5 million seed round last year, but it brought plenty of other investors into the fold, including Josh James.

In another of its eight investments to date, Lucid, an 11-year-old, Oakland, Ca.-based company whose operating systems make commercial buildings more efficient, Formation 8 led the company’s Series B. That was just fine with Zetta, too.

“They wanted an analytics-focused fund for the syndicate and invited us in,” says Gorenberg.

Gorenberg talks at length of the advantages of smaller, more focused funds, in fact, arguing they give VCs “exceptional” deal flow and allow them to add more value to companies than larger funds that are often “more reactive” to opportunities that come through the door.

Asked about the spate of data-focused funds already up and running — IA Ventures and Data Collective among them — Gorenberg says he doesn’t see them as a threat, nor think Zetta is perceived as one.

“This is such a massive space. There’s room for all three of us and more focused funds to do extremely well.”