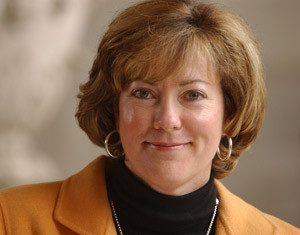 Defense attorney Lynn Hermle set the stage yesterday for a bruising battle, delivering a series of jabs over the course of roughly four hours as she began her cross-examination of Ellen Pao, the former Kleiner Perkins Caufield & Byers partner who is suing the firm for gender discrimination and retaliation.

Many of Hermle’s punches landed.

Hermle, for example, asked Pao to confirm that she was hired within the same general time frame as several other former and current Kleiner employees in the spring and summer of 2005, including Randy Komisar, Beth Seidenberg, and Dana Mead. Hermle then asked Pao to confirm that “one man and one woman” were later promoted to general partner — Komisar and Seidenberg — while “one man and one woman,” meaning Mead and Pao, were not.

The idea, of course, was to remind jurors that Kleiner promotes some but not all of its partners, no matter their gender.

Hermle continued on, asking Pao to confirm the names of the women who Kleiner Perkins hired either in the same time frame or after Pao was hired, including: Mary Meeker. “Yes.” Megan Quinn. “Yes.” Jessica Owens. “Yes.” Tina Ju. “Yes.” Hermle continued on, citing Christina Lee; Lila Ibrahim; and Maritza Liaw; as well as mentioning, for good measure, Juliet de Baubigny and Kleiner’s CFO for the last 14 years, Susan Biglieri, who were already at the firm when Pao joined it.

Hermle also established a discrepancy between Pao’s testimony on the stand and a videotaped deposition of Pao from April 2014 that Hermle played at various intervals yesterday. Specifically, while jurors looked on, Hermle asked Pao to look at her employment agreement with Kleiner, which mandated “compliance with [Kleiner] policies, including, but not limited to, policies prohibiting discrimination and unlawful harassment, securities trading, disclosure of confidential information, conflicts of interest and violation of applicable laws.”

On the heels of Pao’s testimony Monday that she engaged numerous Kleiner partners about the firm’s need for better HR policies, the admission didn’t look good.

The veracity of Pao’s claims were further called into question when Hermle asked Pao about her interactions with Biglieri about those policies.

Hermle: “You never asked Sue Biglieri if the firm maintained an [equal employment] policy?” Pao: “She told me it did not.” Cue the videotaped deposition from last year, in which Hermle asks Pao: “Did you ever ask [Sue] Biglieri about an EE policy?” and Pao answers, after a reflective beat, “No.” Hermle then asks in the deposition video: “Did you ever ask anyone at Kleiner for a policy that prohibited discrimination or harassment?” “No.”

Surprisingly, Pao’s attorneys barely said a word while Hermle hammered at Pao, though presumably, they will have a chance to ask follow-up questions.

Among the issues they might raise is Komisar’s advancement at the firm. Though Hermle yesterday compared his trajectory at Kleiner to Pao’s, Kleiner had worked with Komisar for years before 2005, including backing him in prior ventures and partnering with him on boards, which gave him a considerable advantage over Pao.

They might also note that asking for copies of a company’s equal employment policy might have been seen as declaration of war. After all, employees don’t usually seek out such documentation unless they’re preparing to sue, and Pao has testified that she filed her suit after years of seeking a solution internally.

No doubt Pao’s team will also walk through the names of those female employees who Hermle mentioned, some of whom were hired into support roles, and many who remain only loosely affiliated with the firm today.

Still, Hermle made it clear from the start that this trial is far from over. Among other inconsistencies that Hermle worked to expose throughout her first day of questioning was whether Pao was “pressured” into a relationship with former colleague Ajit Nazre, as she has said, or Pao entered into it willingly, as dozens of very personal text messages and emails introduced into evidence yesterday suggest.

To unsettle Pao, Hermle even plucked the word “humble” from the official description for the job that Pao had first taken at Kleiner.

“[Y]ou understand what humble means, Ms. Pao? How would you define it?”

“Modest, not arrogant. Someone who is not exaggerating their skills,” answered Pao.

“And it would also include — would it not — someone who doesn’t think they’re better than their coworkers – without being dismissive of their coworkers’ accomplishments. That would fall within the definition wouldn’t it?” asked Hermle.

“Yes,” sound Pao, who then waited, along with everyone else in the crowded courtroom, to see where Hermle would take her questioning next.